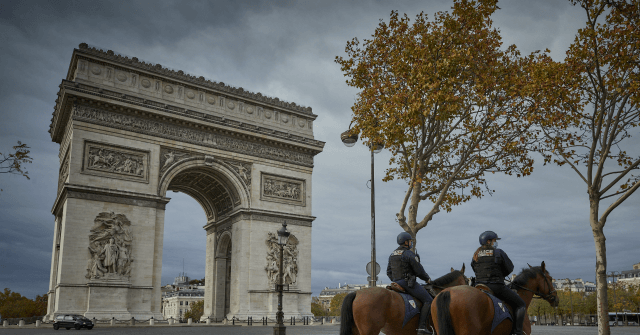 Danish anti-Islam activist Rasmus Paludan was arrested in Paris this week and deported after trying to burn the Qur’an in front of the Arc de Triomphe.

Paludan was arrested in his car at around 2:30 p.m. on Wednesday, the same day France commemorates the end of the First World War and pays homage to fallen soldiers.

According to a report by French magazine Marianne, Paludan had already been handed a ban on entering Franch territory and arrived in the country illegally on November 10th.

He was arrested before being able to burn copies of the Islamic holy book and placed in administrative detention in a facility operated by the Department of Migration Control (DCFM) before being deported that evening.

The attempted Qur’an burning is just the latest for Paludan, who recently, along with fellow members of his Stram Kurs (Hard Line) group, has undertaken similar stunts in other countries outside of his native Denmark.

In September, a member of Stram Kurs burned a copy of the Qur’an in the no-go Stockholm suburb of Rinkeby, posting a video of the incident to social media and saying: “I am from Stram Kurs, and we are here in Rinkeby.”

A month before, the group burned a Qur’an in the multicultural southern Swedish city of Malmö, which led to riots and unrest among locals when a mob of 300 people gathered to protest.

In response, the government banned Paludan from Sweden, but Paludan claimed in October he had Swedish citizenship and stated he wanted to engage in similar actions later this year.

“I hope that we will be able to do activities in Sweden as early as later this year,” he told Danish media, adding: “The Swedish Constitution states that no citizen may be refused entry. I’m going to have a Swedish passport before I try to get in.”

Muslim groups in Sweden, meanwhile, have called on the country to look at implementing new laws to ban the burning of religious texts such as the Qur’an.

The arrest and deportation of Paludan comes just under a month after the city of Montpellier projected cartoons of Mohammed onto a government building following the murder of teacher Samuel Paty.

Al-Qaeda Threatens Macron, Calls for Death to Those Who ‘Insult’ Mohammed https://t.co/jhtOnIGR6Y