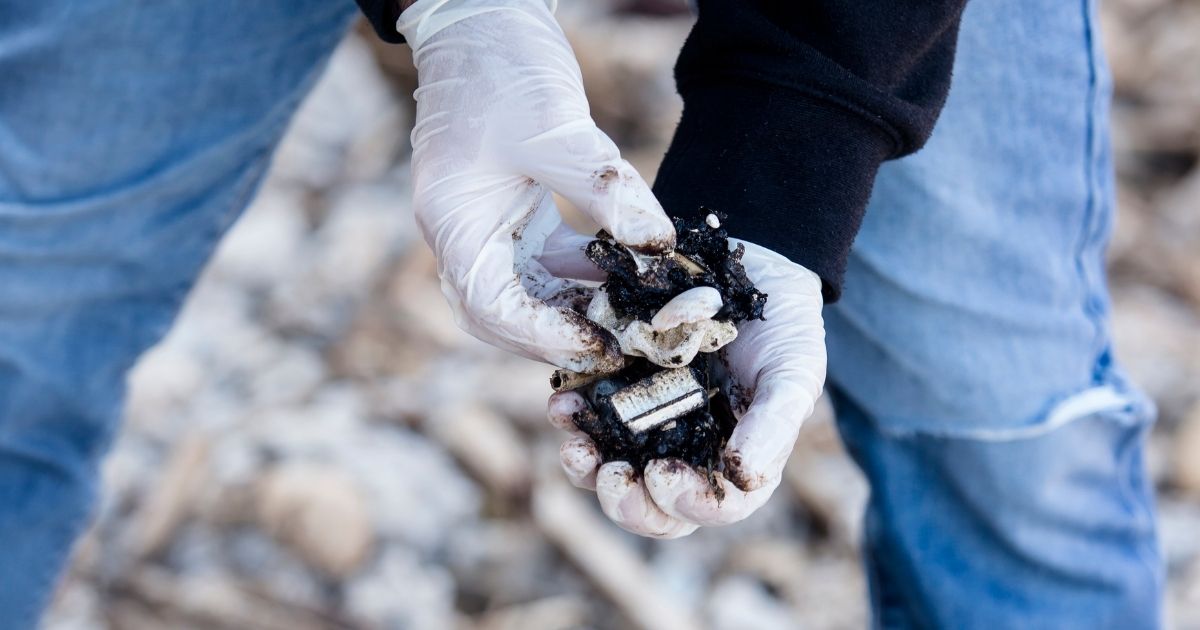 Earlier this year, the Libyan-owned ship Emerald departed from the Islamic Republic of Iran, seemingly for a routine voyage to Syria.

The vessel’s automatic identification system, or AIS, was disabled by the time the craft reached Israeli waters on Feb. 1.

For nearly a day, Emerald stayed within tens of kilometers of Israel’s shore before quietly continuing to Syria and ultimately returning to port in Iran.

More than two weeks later, Israelis were slammed with what the country’s top environmental official is calling their worst ecological disaster ever as tons of crude oil suddenly washed in from the Mediterranean Sea.

The tar coated 100 miles of beaches, Haaretz reported, as officials struggled to find the source of the toxic goop. The cleanup is projected to take years.

According to the Jerusalem Post, organizations from several countries — including the United States, European Union member states and Israel itself — soon began to investigate the mysterious oil slick.

The multinational team worked up a list of 35 suspected ships. As a sample of the sludge was identified as crude oil, the number of suspected vessels was slashed to four.

Two of the ships were found to be too far from Israel, while a third was found and inspected by authorities. With nothing amiss on the vessel, investigators were left with one ship: Emerald.

There was one major problem, however. Emerald was found to be docked in Iran, where it still sits today.

Was this an Iran-backed attack?

Israeli authorities were quick to demand retribution for the wave of toxic oil coating the nation’s shores.

Environmental Protection Minister Gila Gamliel said the spill was Iran “terrorizing” Israel by waging destruction against the environment itself.

“This pollution has people who are responsible for it and have to pay the price,” Gamliel said, according to the Post. “Our nature is damaged, our animals are harmed, thanks to merciless environmental criminals.”

“They’re not just hurting Israel,” she continued. “Nature and animals don’t just belong to one nation. This is a battle that crosses borders.”

The spill already has killed countless fish, turtles and birds, and has devastated local economies tied to the coastal waters.

Gamliel told the Post that Israel is pursuing restitution from the International Oil Pollution Compensation Fund, as well as filing a claim with Emerald’s insurers.

With Emerald safely docked in an Iranian port, it’s unlikely the world will get a concrete answer on what happened off Israel’s shores in early February.

If Iran is behind the oil spill, which seems likely, it would amount to an ecological terror attack against natural resources and areas that many nations benefit from.

While the administration of President Joe Biden may want to treat  Iran with kid gloves, the true threat of this regional power is plain to see.

If Iran backs unconventional and indiscriminate attacks against its adversaries, an environmental disaster may only be the tip of the iceberg.