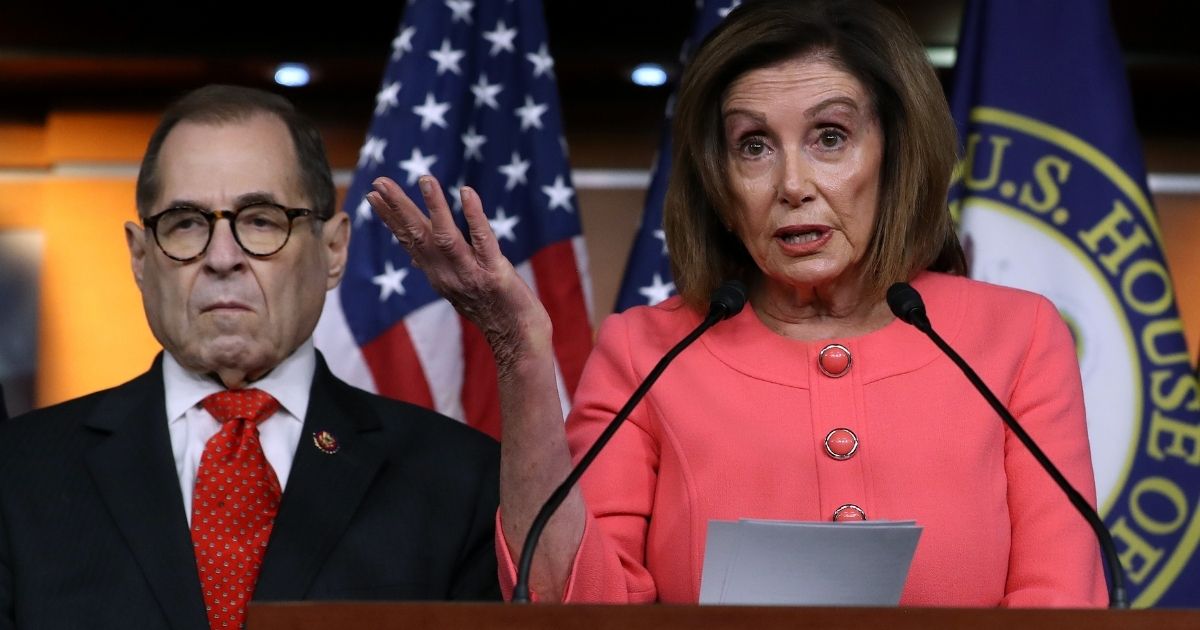 Congressional Democrats are moving forward with plans to expand the U.S. Supreme Court.

Since the October confirmation of Justice Amy Coney Barrett, which created a solid five-justice conservative bloc often augmented by Chief Justice John Roberts, Democrats have said they wanted to increase the size of the court and pack those new seats with liberal justices.

Now, on the heels of Democrats having rammed home a COVID relief bill and as they hold majorities in the House and Senate, the various concepts have coalesced into legislation that reportedly will be unveiled Thursday.

The bill would expand the court from nine to 13 seats, according to The Intercept.

The legislation is sponsored by Democratic House Judiciary Committee Chairman Jerry Nadler of New York and Democratic Reps. Hank Johnson of Georgia and Mondaire Jones of New York. Democratic Sen. Ed Markey of Massachusetts will shepherd the bill through the Senate, the report said.

The court’s size is not specified in the Constitution but has been at nine since 1869.

Packing the court to ensure it is a rubber stamp for liberal policies has been opposed by Republicans.

Packing the court goes against everything we believe as Americans.

But make no mistake: this is about power and control. Democrats want to dismantle our institutions, including the courts, to enact their socialist agenda. pic.twitter.com/91tpZ9UZEN

Remember last year when everything was being called an insult to RBG’s memory?

Court-packing is exactly that.

Packing the court is an act of arrogant lawlessness. Those behind this effort spit in the face of judicial independence.

The concept also has opponents on the left, including liberal Supreme Court Justice Stephen Breyer.

In a speech last week, Breyer said the court’s status relies upon “a trust that the court is guided by legal principle, not politics.”

“Structural alteration motivated by the perception of political influence can only feed that latter perception, further eroding that trust,” the 82-year-old justice said.

“If the public sees judges as politicians in robes, its confidence in the courts — and in the rule of law itself — can only diminish, diminishing the court’s power, including its power to act as a check on other branches,” he said.

In response, the progressive group Justice Democrats said the time has come for Breyer to quit so Biden can do as he promised during the campaign and appoint a black woman to the court, according to Forbes.

Justice Ruth Bader Ginsburg on court packing: “a bad idea…if anything would make the court appear partisan it would be that – one side saying, when we’re in power we’re going to enlarge the number of judges…so I am not at all in favor”pic.twitter.com/GB6BaNFcns

Packing the court was attempted by President Franklin Delano Roosevelt in the 1930s, but his plan was so roundly opposed that it never got very far, according to History.com.

“Congress and the people viewed FDR’s ill-considered proposal as an undemocratic power grab,” said Barbara Perry, director of presidential studies at the University of Virginia’s Miller Center. “The chief justice (Charles Evans Hughes) testified before Congress that the Court was up to date in its work, countering Roosevelt’s stated purpose that the old justices needed help with their caseload.”

“It was never realistic that this plan would pass,” Perry said. “Roosevelt badly miscalculated reverence for the Court and its independence from an overreaching president.”

President Joe Biden criticized court packing as a “bonehead idea” and “dangerous” when he was a U.S. senator.

On the floor of the Senate, Biden’s anti-court packing comments were limited by time, so he submitted his full statement into the record. Here are his full comments, where he describes court packing as “dangerous:” pic.twitter.com/Iwa6V3jWnv

Last week, however, he created the Presidential Commission on the Supreme Court of the United States to consider changes to the court’s operations, according to Fox News.