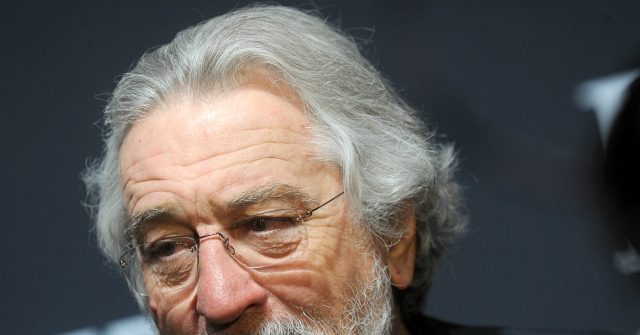 Actor Robert De Niro said Monday on MSNBC’s “The Beat” that it confounded him that people voted for President Donald Trump in 2016, and he was “so angry and so enraged” that people bought into the way he behaved in office.

After playing a montage of De Niro’s most infamous mobsters characters, Melber said, “What do we take from all the tough guys you have played and thinking about this is a country that celebrates toughness but sometimes gets carried away with mafia movies.”

De Niro said, “Of course I’m an actor. I do the parts. I enjoy them. But I’d like to even think in all of those parts there’s a certain dignity. Somewhere buried in there. That I don’t think a person like Trump I know doesn’t have. There’s no center. You have to have a center no matter who you are. It is just it’s like somebody defying gravity. They’ll never do. That’s why we have rules and laws. We have judges. We have structure. If we don’t have that, we have nothing. We have chaos. We have anarchy.”

He continued, “We need someone to lead us through in a kind of father figure way or mother figure way. To bring us through and show that they love us, care about us, and want our best. They are looking out for us. It’s the total opposite with someone like him. It confounds me how he ever got to be elected. He did. Crazy things happen. That’s what we need in a leader. In any leader. That’s what we were going to get with Joe Biden and Kamala Harris.”

He added, “I’m not like political, but I was so angry and so enraged and confounded that he would actually behave the way he did and that people bought it.”

‘Democrats Have Made American Workers Compete with Slave Labor’

Judge Disturbed After Finding Out What Google Has Allegedly Been Doing...