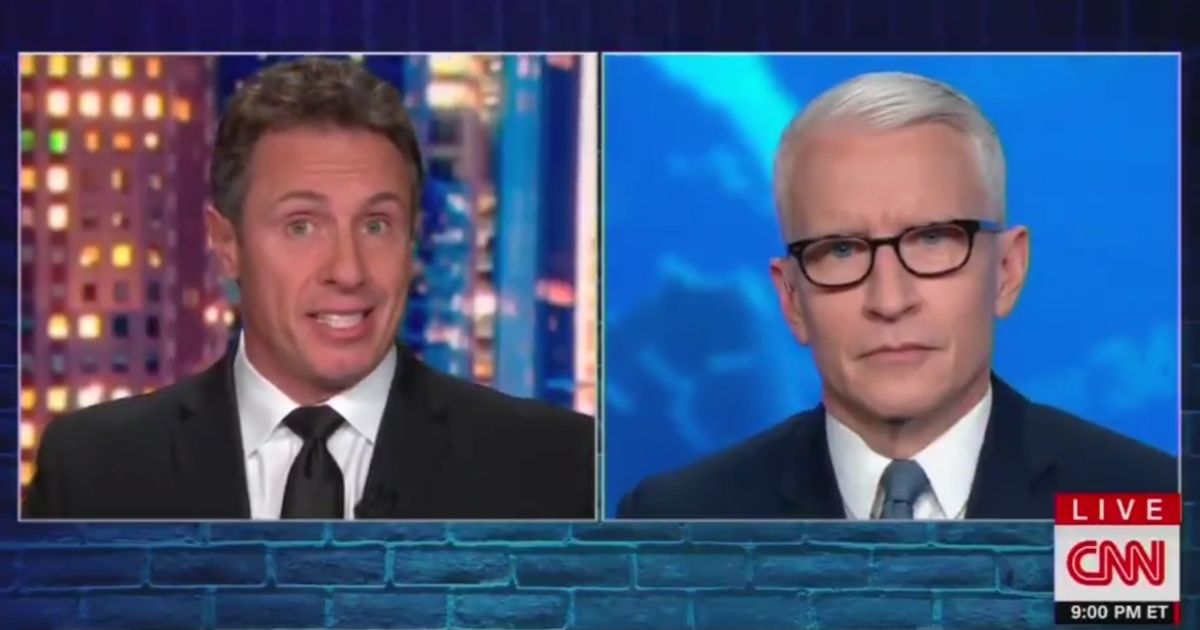 CNN’s Chris Cuomo can’t seem to help but let the cat out of the bag regarding the establishment media’s anti-Trump agenda.

On Monday, Cuomo and fellow CNN host Anderson Cooper were chatting during the transition from “Anderson Cooper 360” to “Cuomo Prime Time” when Cuomo made a major admission about his journalistic integrity.

“For people like us,” Cuomo said, “we do the job based on who’s in power.”

Freudian slip? During the handoff to his show, CNN’s Chris “Fredo” Cuomo admits “we do the job based on who’s in power.” pic.twitter.com/u77Uv6fR08

That’s an amazing admission. Cuomo is allegedly an objective news analyst. He isn’t — or at least, isn’t supposed to be — an opinion journalist.

As objective journalists, Cuomo and his ilk should not do the job based on who is in power.

Rather, they should do the job despite who is in power.

Do you think Cuomo realizes the bias he admitted?

According to Breitbart, Cooper finished his show by discussing Republican Sen. James Lankford of Oklahoma, who said last week he would “step in” if presumptive president-elect Joe Biden didn’t receive intelligence briefings by Friday.

Friday came and went without Biden receiving the briefings. Lankford took to Newsmax TV, claiming the media twisted what he meant by “step in.”

In an apparent dig at Fox News, Cuomo told Cooper, “State TV’s got some new competition.”

It’s true that Fox News has seen a significant drop in viewership since the election, which many viewers think the network covered poorly. Instead, many conservatives are turning to alternative outlets like Newsmax.

However, it’s ironic that a host on CNN — at this point basically an arm of the Democratic propaganda machine — would call Fox News “state TV.”

It’s even more ironic that Cuomo would call Fox News “state TV” and then, in the next breath, admit that he does his job based on who’s in power.

Of course, this isn’t at all surprising. The establishment media, especially CNN, has been wildly anti-Trump his entire presidency. Even Fox News has been hard on Trump at times.

It’s obvious that CNN is biased and inaccurate, promoting opinion as “objective journalism.” The network spent eight years fawning over President Barack Obama and will likely do the same for Biden regardless of his performance in the nation’s highest office.

Unfortunately, it seems highly unlikely CNN will restore any sense of real journalism any time soon.