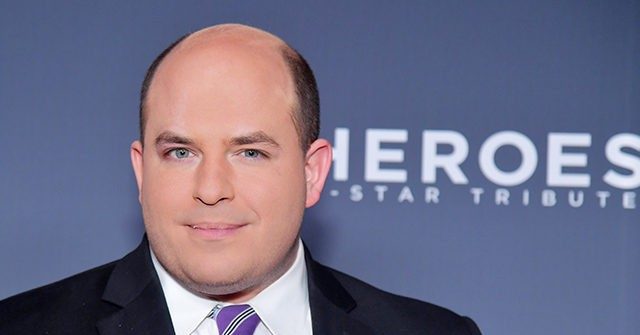 CNN media reporter Brian Stelter hailed the possibility that “normal relations” between the president and the press would be restored in a Joe Biden presidency in an op-ed Monday.

Stelter, while admitting that President Donald Trump has been more accessible than his rival, claimed that Biden had been “more truthful.”

Coming soon: A restoration of normal relations between the president and the press corps?

Well, President-elect Joe Biden is not going to call the media the “enemy of the people,” that’s for sure.

During the general election campaign, Trump was widely accessible but wildly dishonest, spreading lies through the media’s megaphones. Biden was less accessible but more truthful, though gaffe-prone and vulnerable to out-of-context attacks.

He concluded: “The media’s adversarial approach that you’ve seen during the Trump years — demanding truth from power, calling out lies, criticizing indecency — that approach serves us well no matter who holds high office.”

Stelter’s article also included a video of his interview with Biden press secretary T.J. Ducklo, crediting the Biden for recognizing the proper role of the press.

Speaking to CNN’s Jake Tapper, Stelter also blasted what he called the “shocking deference” some media outlets had shown to President Donald Trump’s lawsuits challenging the results of the recent election in several states.

NewsBusters recently rated broadcast network coverage of Trump during the presidential campaign as 92% negative, versus 66% positive for Biden.