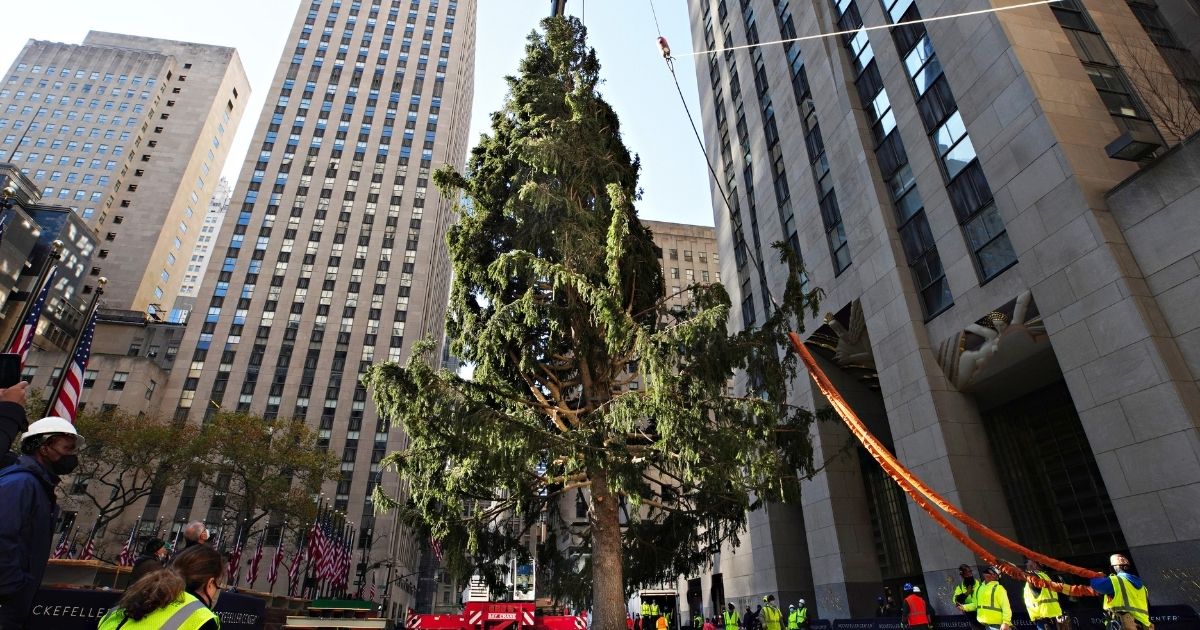 Another holiday season, another opportunity for the woke to disavow Christianity.

Soon, the tree will be decorated and lit, spreading some traditional Christmas cheer through the city.

That is, unless you’re watching CNN, which, in the description of a video showing the tree’s arrival at Rockefeller Plaza, described it as a generic “holiday tree,” not a Christmas tree.

Apparently for CNN, Christmas is Christian and exclusionary and thus must not be given any mainstream attention.

There aren’t any other holidays — at least no major ones (I don’t count Arbor Day as a “major” holiday) — that use a tree in celebration, just Christmas. So, if you have a giant tree set up in front of Rockefeller Plaza and you are getting ready to decorate it with lights, what other holiday could you be celebrating?

I’m pretty sure almost everyone in America, regardless of religious bent, would call that a Christmas tree.

Do you agree with CNN's characterization of a Christmas tree as a “holiday tree”?

Yes, Christmas is a Christian holiday. But it’s also an American holiday.

According to the Pew Research Center, 90 percent of Americans celebrate Christmas, though only about half of those celebrate it as primarily a religious holiday.

Thus, whether you celebrate Christmas for religious or cultural reasons, it’s safe to say Christmas is a very big deal in America.

However, regardless of Christmas’ true meaning, Christmas itself is a federally recognized American holiday. Christmas is one of the two days a year (along with Thanksgiving) that the National Archives Museum is closed.

Schools around the country schedule their winter breaks around Christmas. Government agencies are closed on Christmas Day.

RELATED: CNN's Chris Cuomo Finally Admits on Live TV What Conservatives Have Thought All Along

It takes a certain amount of cognitive dissidence to see a holiday that is so ingrained in the fabric of American society and decide it is no longer politically correct to even mention it.

Of course, this war on Christmas isn’t new. For years, we’ve been told that we should say “Happy Holidays” instead of “Merry Christmas” for fear of insulting our non-Christian neighbors.

If Christmas is no longer acceptable, I expect federal employees — from congressmen to my local DMV clerks — to be hard at work on Dec. 25.

Until then, I’ll be saying “Merry Christmas” and calling the tree at Rockefeller Center a Christmas tree.

Some medical schools now teaching that biological sex is a social...