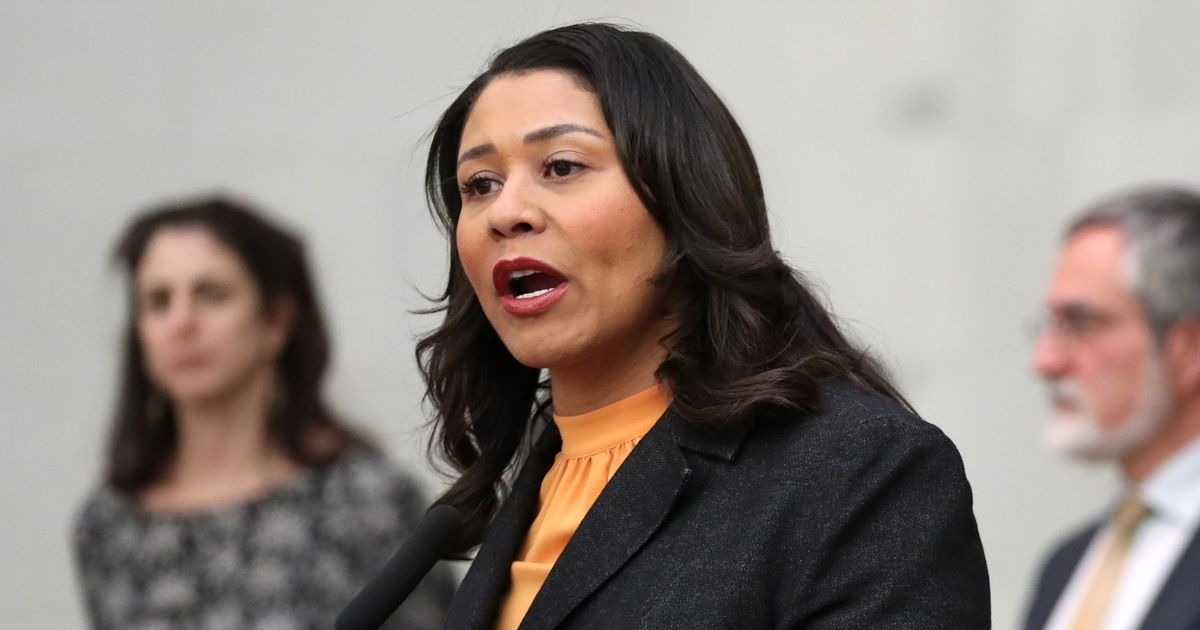 San Francisco Mayor London Breed announced Thursday how the city will spend the first half of the $120 million it has said will be taken out of police budgets and spent on black residents.

“[T]he Dream Keeper Initiative aims to break the cycle of poverty and involvement in the criminal justice system for the families in its City programs and ensure that new investments, including in youth development, economic opportunity, community-led change, arts and culture, workforce, and homeownership, are accessible to San Francisco’s families who are most in need,” according to a news release on the mayor’s website.

“We know that to actually see true, lasting change, we need to focus on helping entire families — from early education for kids, to job training and workforce support for their parents, and serve communities that have been systematically harmed by past policies,” Breed said in the release.

“To make these decisions, we’ve listened to the African-American community about what’s worked, and what hasn’t, and we are committed to actually delivering on the promises that are made, but all too often, aren’t kept.

“It’s not enough to say that Black Lives Matter. We must listen to Black voices, commit the resources, and create the programs that will actually right past wrongs and get people resources and services so they can build their futures here in San Francisco and know that their City has their back.”

The first $60 million will be spent through September, with the next coming in the 2021-2022 fiscal year.

The plan Breed unveiled calls for spending “$3.6 million for youth development and early education programs to support families and address the academic and social emotional learning needs of youth with a cultural and racial equity lens.”

Another $2.1 million will be geared toward “[b]lack theater companies, artist mini grants, and artist collaboratives.” Further, $2 million will be spent on “culturally affirming spaces.”

The plan puts $6.6 million into what it refers to as “technical assistance and capacity building” so black-led groups “are better-positioned to work with the City in developing and implementing programs that are part of the Dream Keeper Initiative and other City programs.”

Is this plan a disaster?

Without offering details, the release said that spending includes “$7 million to create a guaranteed income program, which will complement other programs in the Initiative.”

There is also a $14.9 million budget for “community health and wellbeing” that will include “restorative justice programs, food security, and culturally-competent mental health services.”

“I grew up in poverty. I’ve had to live in poverty over 20 years of my life. And the frustration that came from living like that and then seeing so many of my friends who had been killed or in jail or on drugs — that is my motivation,” Breed said.

“Because just imagine if we can change the outcome of African Americans in San Francisco. What an incredible thriving city we truly will be.”

The money comes from $80 million in cuts to the San Francisco Police Department and $40 million from the Sheriff’s Department.

“While the cuts are significant, they are cuts we can absorb and that will not diminish our ability to provide essential services,” San Francisco Police chief Bill Scott said in a July statement.

However, he did push back against further proposed cuts that were rejected last week by the city’s police commission, according to KPIX-TV.

That proposal, for the 2022-2023 fiscal year, would have cut 210 full-time positions from the department.

“I do not agree with what the cuts are, as they would be devastating to our department,” Scott during the Feb. 17 meeting.

“Violence is up. We need additional officers to address this, and it’s self-explanatory. We do no want violence to go in the direction that it’s going.”