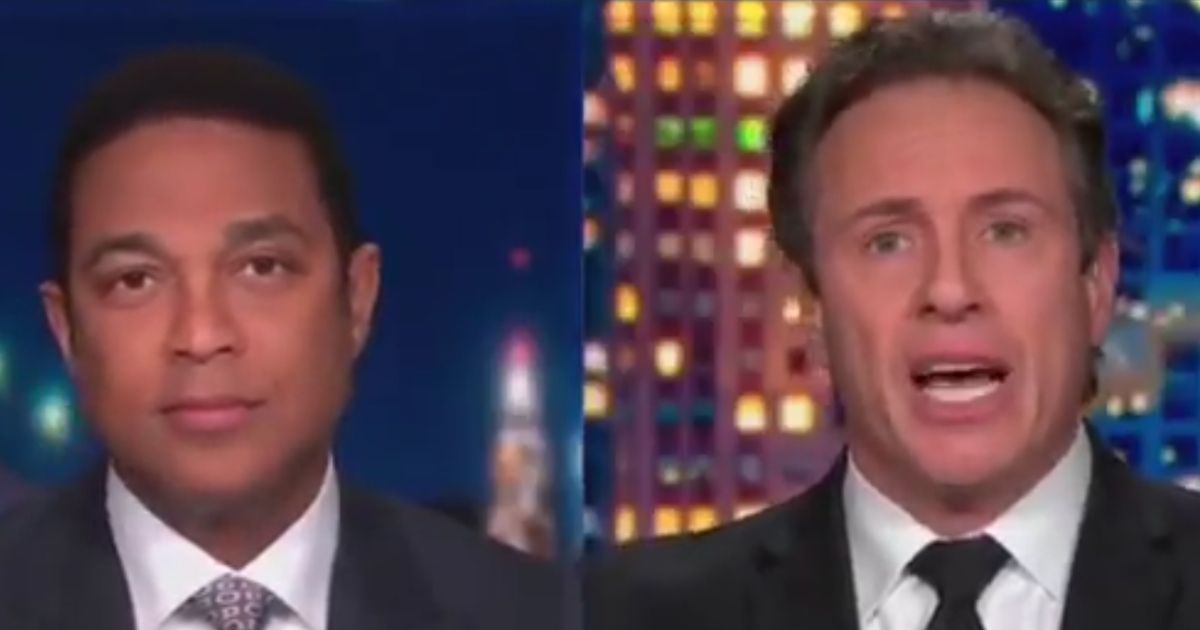 Left-wing activist and CNN anchor Chris Cuomo mocked GOP Sen. Marco Rubio of Florida for his Christian faith in a Monday night segment on the network.

During his handoff to fellow network leftist Don Lemon on Monday, the “Cuomo Prime Time” host belittled Rubio as “Mr. Bible Boy” and dragged him for routinely sharing Scripture on social media.

The disgusting comments were made as the childish Cuomo raged about Republican members of the House and Senate who intend to object to certifying Democratic presidential candidate Joe Biden as the Electoral College winner on Wednesday.

The host went on to list off a few of President Donald Trump’s GOP rivals in the 2016 primary in his tirade.

Rubio was among those rivals, as was Sen. Ted Cruz of Texas. Trump chided both men during the primary, giving them insulting nicknames. But that’s been water under the bridge for years. Apparently, Cuomo felt inclined to stir up irrelevant past banter.

“The people, those who remain — the Kevin McCarthys, the people in the House, the people in the Senate — who are enabling this, who are complicit in it — you know, the man [Trump] called ‘Lyin’ Ted,’ the man he called ‘Little Marco,’ you know,” Cuomo rambled, while complaining about plans to object to certifying election results.

He then went for a kill shot against Rubio, who has not even signaled that he will object to certifying.

“Mr. Bible Boy. You know, he’s got a Bible quote for every moment. He just never speaks truth to power, or acts on any of it in the interest of his own state or of this country,” Cuomo said.

“He’s got a Bible quote for every moment. He just never speaks truth to power.” pic.twitter.com/8i7WfBqezt

Rubio responded to the CNN host in a Tuesday morning tweet.

“The verses I tweet are usually the ones chosen by the Catholic Church for that days mass. But the fact he thinks words written thousands of years ago are relevant to current events proves the Bible isn’t just a book, it’s the word of God. AMEN,” the senator wrote.

But the fact he thinks words written thousands of years ago are relevant to current events proves the Bible isn’t just a book,it’s the word of God

If you don’t follow Rubio on Twitter, it’s helpful to note that the senator and former presidential candidate frequently invokes Scripture. Here are a few recent examples:

“Where is the newborn king of the Jews? We saw his star at its rising and have come to do him homage.”

Beloved, do not trust every spirit but test the spirits to see whether they belong to God, because many false prophets have gone out into the world.

Cuomo has claimed to be a practicing Catholic, but he apparently believes Rubio’s faith is fair game for mockery and ridicule.

Conservative Christian commentator Allie Beth Stuckey perhaps responded best when she tweeted the video and wrote, “I could definitely see why quoting the Bible would make a person like Cuomo uncomfortable.”

I could definitely see why quoting the Bible would make a person like Cuomo uncomfortable https://t.co/Y8i7j8CukP

The one-man COVID super spreader hosted his brother, Democratic New York Gov. Andrew Cuomo, on his program multiple times in 2020 so the two could cut up and joke — even as New Yorkers died in nursing homes from reported coronavirus infections.

That was after the governor, early in the pandemic, ordered COVID-positive patients to bunk with elderly long-term care facility residents. Thousands of deaths were linked to the debacle, but the CNN host never spoke any truth to the power his brother wields over millions of lives in New York during their numerous interviews.

Rubio, like the rest of us, is an imperfect person. But Chris Cuomo probably wouldn’t know truth if it were to hit him over the head with one of his allegedly fake 100-pound dumbbells.