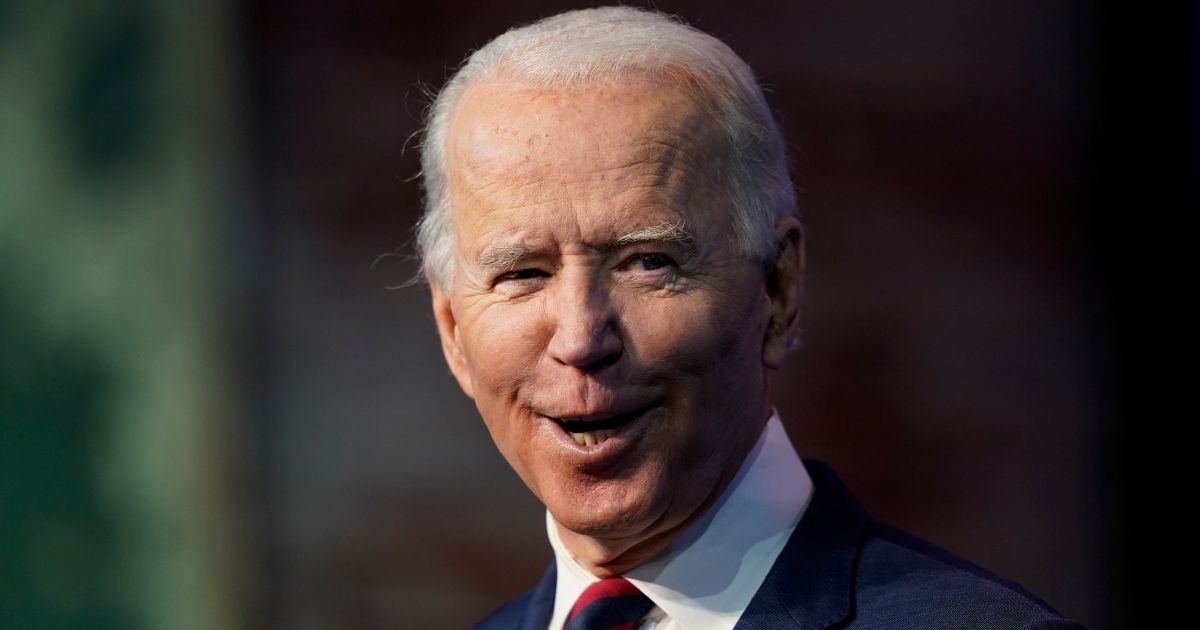 A top Chinese official said his country hopes the U.S. has learned its place as the communist nation looks forward to a return of what China’s state-run media calls “normalcy.”

The Xinhua News Agency on Saturday published an interview with Foreign Minister Wang Yi in which Wang expressed his hope for China’s relations with a Joe Biden administration.

Under President Donald Trump, the U.S. has taken a tough approach with the communist giant in trade and other areas.

Wang hopes the new administration will “return to a sensible approach, resume dialogue with China, restore normalcy to the bilateral relations and restart cooperation,” the report said.

“China-U.S. relations have come to a new crossroads, and a new window of hope is opening,” he said.

Wang cited “serious misconceptions” among U.S. leaders that have led to “unprecedented difficulties,” according to Xinhua.

“Some see China as the so-called biggest threat and their China policy based on this misperception is simply wrong,” the report said.

“What has happened proves that the U.S. attempt to suppress China and start a new Cold War has not just seriously harmed the interests of the two peoples, but also caused severe disruptions to the world. Such a policy will find no support and is doomed to fail,” Wang said, according to Xinhua.

He said Americans must stop trying to keep China down.

Will Biden stand up to China?

“We know that some in the United States are uneasy about China’s rapid development. However, the best way to keep one’s lead is through constant self-improvement, not by blocking others’ development,” Wang said.

“We believe that as long as the United States can draw lessons from the past and work with China in the same direction, the two countries are capable of resolving differences through dialogue and expanding converging interests by cooperation,” he said.

In a December speech, Wang declared that America must not interfere with how China governs its people.

“The goal of China-U.S. engagement is not to mold the other in one’s own image, still less to defeat the other side, but to seek and expand common interests,” the foreign minister said.

“Both Chinese and American systems are chosen by their people and deeply rooted in their respective historical and cultural traditions,” he said. “If the U.S. China policy were to remodel or even subvert China, it would not be achievable.

“The right approach is to respect each other’s political system and development path, maintain peaceful coexistence, and promote win-win cooperation.

“Issues relating to Taiwan, Hong Kong, Tibet and Xinjiang are China’s internal affairs and involve China’s core interests. None of them shall be subject to foreign interference.”

Wang also said railed against restrictions imposed by the Trump administration to curb Chinese spying in the U.S.

“To view all Chinese students, experts and scholars in the United States as spy suspects actually says more about the mentality of the accusers and their lack of confidence,” he said.

Chinese Foreign Minister Wang Yi reiterated China’s firm resolve to safeguard national interests, and stressed that the country is obliged to speak up for justice when faced with power politics and bullying pic.twitter.com/Qb6bXUQ7JG

Wang offered his summation of the current state of the world from China’s perspective.

“We see protectionism jeopardizing international trade, as backlash against globalization is gathering momentum, with more barriers impeding trade and investment, and global industrial and supply chains on the cusp of breakdown,” he said.

“And we see McCarthyism jeopardizing international exchanges, as those with radical and entrenched political biases seek to label and stigmatize open and lawful political parties and institutions of other countries, and use ideology to disrupt or even sever international engagement, aiming at starting a new Cold War and forming a new Iron Curtain.”

Wang said that “when we turn on TVs, read newspapers, and access new media, we would often see senior U.S. officials pointing fingers at China. There is no evidence to support their accusations. They are merely irresponsible presumption of guilt and emotional lashing out.

“The fundamental reason behind all this is that some U.S. politicians have strategic miscalculations about China.”