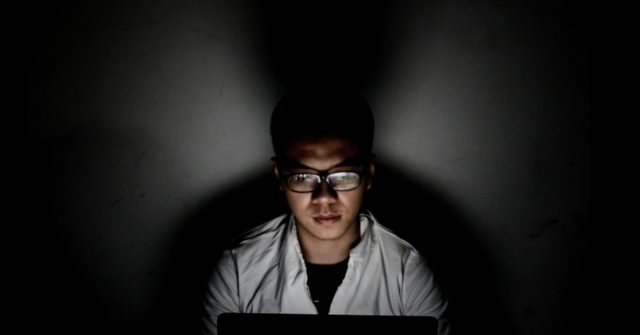 A report published by the New York Times and ProPublica on Saturday employed “leaked documents” from the Chinese government to reveal a massive Communist Party propaganda and censorship operation to control the political narrative of the coronavirus pandemic – beginning before Beijing even publicly acknowledged the virus.

“At a time when digital media is deepening social divides in Western democracies, China is manipulating online discourse to enforce the Communist Party’s consensus. To stage-manage what appeared on the Chinese internet early this year, the authorities issued strict commands on the content and tone of news coverage, directed paid trolls to inundate social media with party-line blather and deployed security forces to muzzle unsanctioned voices,” ProPublica wrote on Saturday.

The news was spreading quickly that Li Wenliang, a doctor who had warned about a strange new viral outbreak only to be threatened by the police and accused of peddling rumors, had died of Covid-19. Grief and fury coursed through social media. To people at home and abroad, Dr. Li’s death showed the terrible cost of the Chinese government’s instinct to suppress inconvenient information.

Yet China’s censors decided to double down. Warning of the “unprecedented challenge” Dr. Li’s passing had posed and the “butterfly effect” it may have set off, officials got to work suppressing the inconvenient news and reclaiming the narrative, according to confidential directives sent to local propaganda workers and news outlets.

They ordered news websites not to issue push notifications alerting readers to his death. They told social platforms to gradually remove his name from trending topics pages. And they activated legions of fake online commenters to flood social sites with distracting chatter, stressing the need for discretion: “As commenters fight to guide public opinion, they must conceal their identity, avoid crude patriotism and sarcastic praise, and be sleek and silent in achieving results.”

As the NYT pointed out, massive efforts to control the coronavirus narrative were already underway when Li died. The whole reason he became a local folk hero, and his death caused international outrage, was that China ruthlessly persecuted him for daring to issue a warning about the new coronavirus outbreak in January.

When Li died, the frantic and clumsy efforts by CCP officials to control the news of his death made it clear the regime was terrified of the political fallout. Once it finally admitted Li was dead, the regime immediately began trying to recast him as a hero of the Communist Party; when that did not work, the CCP shrugged and buried his memory.

According to the report, Li’s death unleashed so much anger and grief that the censors decided to allow people to discuss the incident and share their feelings on social media, instead of fighting a losing battle to suppress every single mention of Li Wenliang. After opening the emotional floodgates for a few days, the censors began carefully pruning and trimming social media, deleting videos and images that could “stir up public opinion” and using government-controlled social media accounts to inject pro-CCP propaganda into the discussion.

The NYT and ProPublica reviewed over 3,200 directives and 1,800 official memos from the Chinese city of Hangzhou, plus “internal files and computer code” from a Chinese company that makes computer systems employed by local government censorship bureaus. These documents were not so much “leaked” as stolen by hackers – specifically a group called CCP Unmasked and a watchdog website called China Digital Times. The authenticity of the documents was independently verified by the NYT and ProPublica.

According to the joint report, China’s central Internet censorship agency, the Cyberspace Administration of China (CAC), was involved in the nationwide and international effort to control the coronavirus narrative, beginning in the first week of January, when the agency issued orders to Chinese “news” websites that they could “use only government-published material and not to draw any parallels with the deadly SARS outbreak in China and elsewhere that began in 2002, even as the World Health Organization was noting the similarities.”

In February, after Chinese dictator Xi Jinping held a high-level meeting to coordinate the propaganda offensive, the CAC was ordered to “actively influence international opinion” in addition to controlling the Chinese public. Chinese media was aggressively employed to pump the Communist Party’s preferred narrative and terminology into the global press, as CAC was keenly aware media outlets in the U.S. and Europe would cite Chinese “news” reports about the pandemic without much skepticism.

The documents obtained by the NYT and ProPublica confirm longstanding suspicions that China acted aggressively to conceal its massive purchases of medical supplies from other countries, fearful that attention paid to the program “could cause a backlash overseas and disrupt China’s procurement efforts.”

China’s Internet “troll army” played a huge role in controlling the coronavirus narrative. Government documents touted the numbers of hits collected by propaganda posts, the number of people investigated by police and arrested after their social media activity was flagged by CAC’s Internet monitors, and the number of “cybersoldiers” monitoring various online forums. Hundreds of thousands of Chinese government employees were involved in the coronavirus propaganda effort, bolstered by thousands of volunteer auxiliaries, including students and teachers at Chinese universities.

The government software hacked and revealed to ProPublica and the New York Times by CCP Unmasked, produced by a company called Urun Big Data Services, includes tools that allow government operatives to quickly and easily add thousands of “likes” to social media posts they wish to promote, along with organizing and even paying troll armies. ProPublica noted pay schedules of $25 for government-approved social media posts, 40 cents per negative comment flagged and deleted, and one sent per repost of information the government wished to disseminate.

The Urun system also helps to train China’s horde of Internet monitors and censors, even setting up videogame-style simulations where teams of trainees compete to see which can do better at controlling online information, and it provides an elaborate system for rating websites and determining which should be monitored more carefully or suppressed entirely.

The report struggled mightily to avoid confirming the Trump administration’s accusations of Chinese propaganda influencing the global response to the Wuhan coronavirus, arguing that it “may never be clear whether a freer flow of information from China would have prevented the outbreak from morphing into a raging global health calamity,” before conceding these pilfered Chinese government documents clearly indicate the CCP “wanted to make the virus look less severe – and the authorities more capable – as the rest of the world was watching.”

Fox News concluded the report “appeared to align with concerns that President Trump and many Republicans have expressed about China’s suspected culpability in the global spread of the coronavirus,” including their allegations that China downplayed the severity of the outbreak and their criticism of the World Health Organization (WHO) for “not demanding more accurate data from Chinese officials.”

Stephen King mocks Kayleigh McEnany: ‘Enjoy your next job as a...