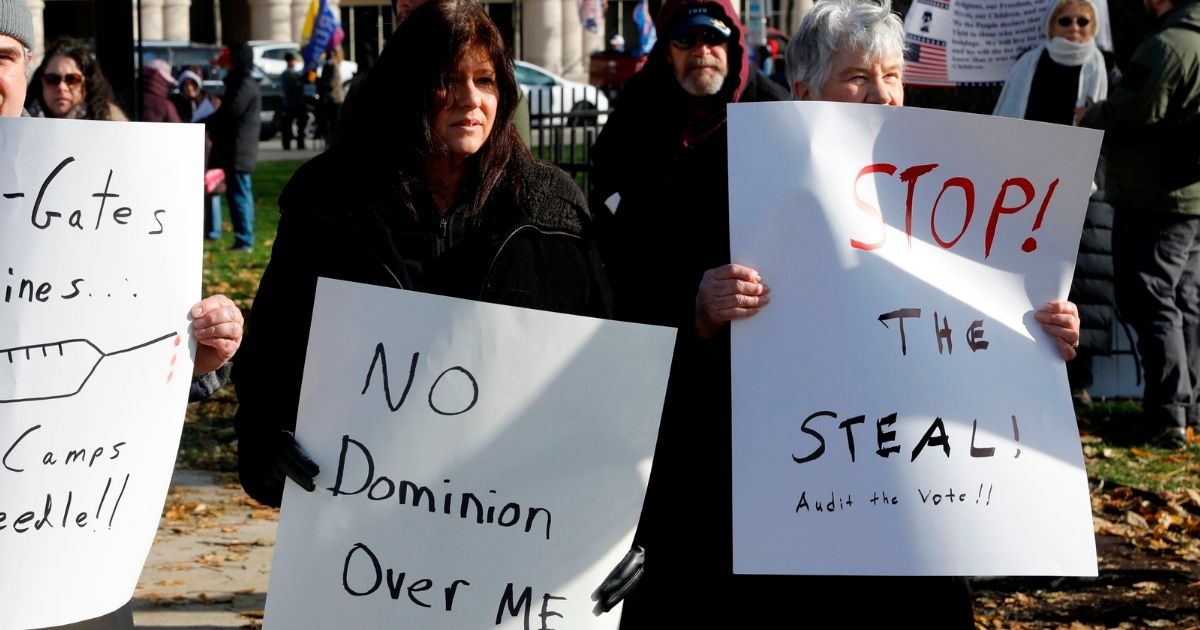 Canada’s elections management body announced Tuesday that it does not use Dominion Voting Systems election software, a heavily scrutinized voting software that has been the subject of many conspiracy theories surrounding the 2020 U.S. presidential election.

Elections Canada wanted to assure Canadian voters that they should not have the same concerns Americans have regarding election integrity.

“Elections Canada does not use Dominion Voting Systems. We use paper ballots counted by hand in front of scrutineers and have never used voting machines or electronic tabulators to count votes in our 100-year history,” Elections Canada tweeted Monday.

Elections Canada does not use Dominion Voting Systems. We use paper ballots counted by hand in front of scrutineers and have never used voting machines or electronic tabulators to count votes in our 100-year history. #CdnPoli pic.twitter.com/dp7ZiB84ql

Dominion’s election system is a voting and vote-tabulating software that is used in more than 30 states. There have been claims that the software glitched during the election, causing votes for President Donald Trump to switch to votes for former Vice President Joe Biden.

Hi there, This message is intended to inform people who mistakenly believe we use those systems in federal elections and should not be construed as anything other than that.

But some Americans are now considering Canada’s paper ballot system to be a safer method for federal elections, and believe America should follow suit.

this is an instance where the canadian superiority complex is justified: they run their elections far better than we do down here

“THIS SAYS IT ALL!” Trump wrote.

THIS SAYS IT ALL! https://t.co/zZSspsJPe9

Reason’s Eric Boehm has criticized the narrative about Dominion Voting Systems, saying that all evidence of fraud with the software can be easily debunked.

Should the United States switch to paper ballots?

“In Michigan, for example, mistakes that election officials said were “human error” led to some results changing as those slips were identified and fixed. A viral tweet that showed Biden suddenly gaining 138,000 votes in Michigan while Trump gained none was the result of a glitch in the reporting system, not the result of vote counting issues. The numbers were quickly corrected,” Boehm writes.

Whether human error or a software glitch, the United States clearly needs to work on improving its election system and should certainly consider Canada’s old-fashioned method of counting paper ballots by hand.