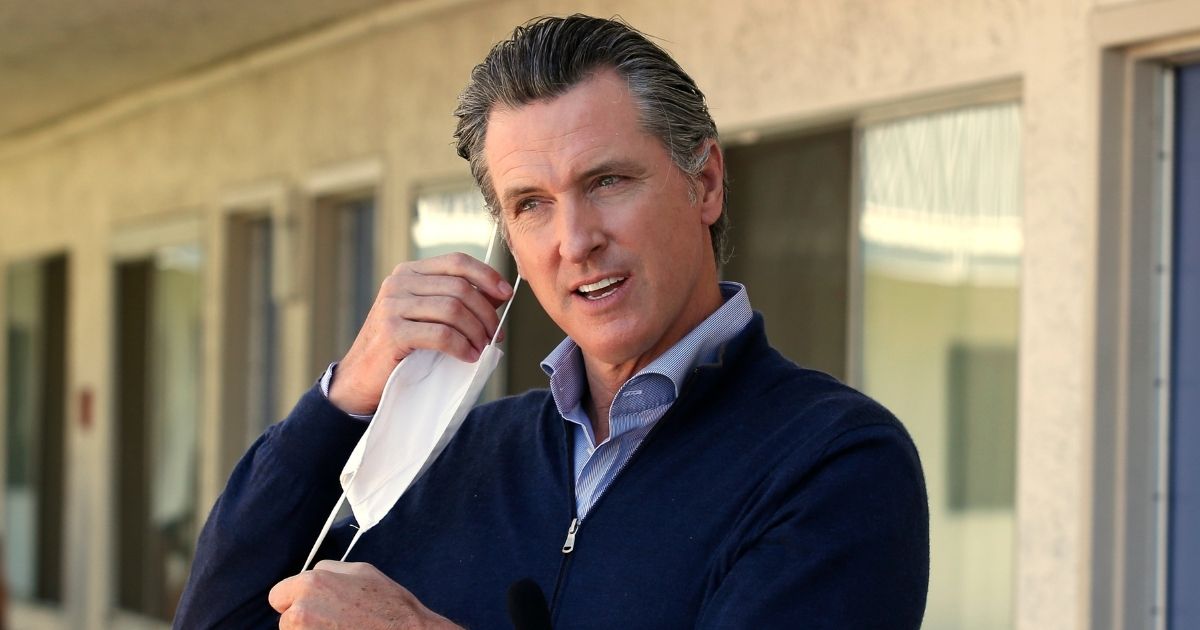 Democratic California Gov. Gavin Newsom is now saying he made a mistake by attending a Nov. 6 birthday party in Napa that appears to have violated state COVID-19 rules.

The about-face came after aides initially defended the governor, who has imposed aggressive lockdowns around the state and recently castigated state residents for not following the rules.

As reported by the San Francisco Chronicle, Newsom and his wife, Jennifer Siebel Newsom, went to a restaurant for a 50th birthday party for Jason Kinney, one of the governor’s political advisers.

Gov. @GavinNewsom attended a birthday dinner for one of his political advisers last week with at least a dozen people from several different households, the type of gathering his administration has discouraged during the coronavirus pandemic. https://t.co/rB29C15qys

State guidelines limit gatherings, defined as “social situations that bring together people from different households at the same time in a single space or place,” to a maximum of three households.

“Gatherings that include more than 3 households are prohibited,” the state’s rules stipulate. The rules do not say there is an exception for gatherings at restaurants.

Those at the party did not dispute that the event had more than three households in attendance.

Do you think Newsom's actions were hypocritical?

When the dissonance between Newsom’s words and actions was first noticed, Nathan Click, the governor’s communications director, said Newsom was in the clear because the dinner was outside at a restaurant.

Newsom and his wife “followed public health guidelines and the restaurant’s health protocols — all in line with the state’s rules for restaurant operation,” Click said in a statement. “He and the first partner paid for their own meals.”

After the story became public, Newsom decided he had made a mistake.

“While our family followed the restaurant’s health protocols and took safety precautions, we should have modeled better behavior and not joined the dinner,” he said in a statement, according to The Washington Post.

The dinner episode came as Newsom was excoriating Californians for having large gatherings of extended families, blaming these events for the rise in coronavirus cases in the state.

The dinner did not break the state’s rules, Click insisted, because state guidelines make restaurants “[l]imit the number of patrons at a single table to a household unit or patrons who have asked to be seated together.”

John Swartzberg, an infectious disease expert at UC Berkeley’s School of Public Health, said eating with at least 12 people — even outside — can be risky because diners must take their masks off to eat and drink.

“The idea that it’s OK to do that because it’s at a restaurant is upside down,” Swartzberg said. “Whether or not it abides the letter of the guidance, I think it’s not a good idea.”

Newsom’s attendance was a mistake, he said.

“Is this a major breach by Newsom? No. But it’s not the best judgment,” he said. “He has to be the grownup in the room. And he has to be the one that people model. That’s what comes with the responsibility of being a leader.”