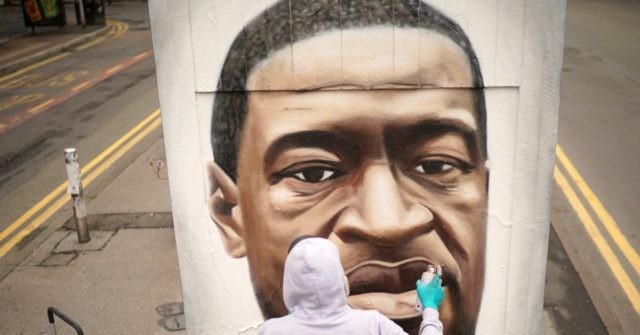 Dahleen Glanton, a columnist for the Chicago Tribune, published an article Monday in which she likened President Donald Trump to the Minneapolis, Minnesota, police officer who knelt on George Floyd’s neck in an infamous fatal encounter.

Though Minneapolis is a Democrat-run city, and Trump immediately condemned Floyd’s death, Glanton portrayed Trump as a symbol of American racism:

You stand bruised and unsteady, uncertain about what the future holds. Though you are rejoicing in the streets, you are not sure the ordeal is over. Other times you thought he was defeated, he prevailed more emboldened than before. Rather than loosening the grip on your neck, he pressed down harder and harder.

He thought he had convinced you that living with a knee pinned to your neck is not as bad as some make it out to be. He thought that you would be content to remain under duress four more years if he dangled a few distortions in your face.

He claimed responsibility for a growing economy that began thriving under Barack Obama. He offered you the freedom not to wear a mask, knowing that it would allow COVID-19 to flourish. He promised you a speedy return to normal. But the pandemic has created a new normal in America, and it is nothing like the past.

Glanton went on to say that Trump’s voters had chosen to “stay where they were,” i.e. with a knee on their necks.

Trump won more than one in four votes cast by minorities — the best result for any Republican presidential candidate since 1960.

REPORT: Investigation Clears Cafeteria Worker At Elite College Smeared As Racist By Student, But Now She Has Trouble Finding A Job