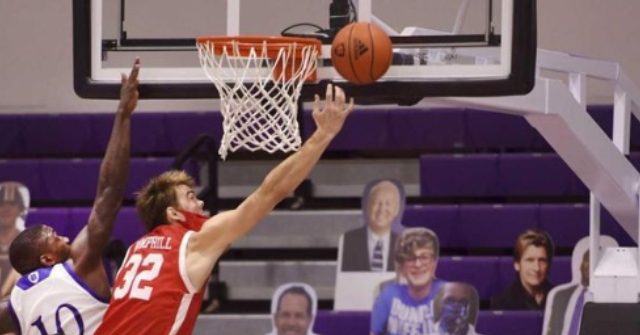 In the women’s game, both teams wore masks because the game was played on Boston University’s campus:

On the men’s side, only Boston U wore masks because the game was played at Holy Cross:

Here’s another look at how BU is wearing their masks during today’s game. https://t.co/BfaZ7evukp pic.twitter.com/aK5wbEKmwZ

The Patriot League, in which both teams play, canceled non-conference play this season. Monday is the first season game for both teams.

In December, the NCAA announced they had filed a trademark for the term “Mask Madness” to promote the wearing of masks during the Division I men’s basketball tournament, a play on the term “March Madness.”

The NCAA reported $375 million in losses after they canceled the 2020 tournament due to the coronavirus.