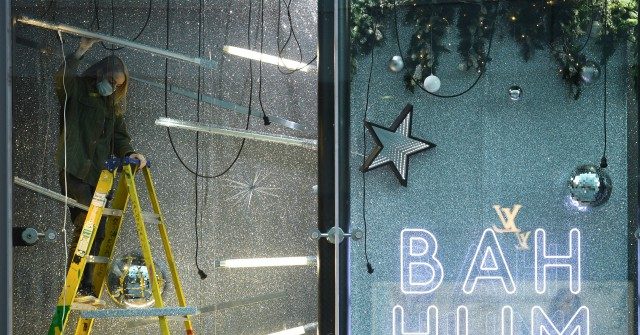 The British government may “allow” the people to have up to five days of relaxed coronavirus restrictions over Christmas — at the cost of spending most of January under lockdown.

Britons have been threatened with the prospect of a Christmas lockdown for months. Media rumours circulating in recent days claim that the government may allow freedom for five short days over the festive period for people to gather in family “bubbles”.

The government’s chief medical advisor to the NHS’s Test and Trace, Dr Susan Hopkins, suggested that rules may be relaxed over the Christmas period, saying during a Downing Street COVID-19 response press briefing on Wednesday: “Coming into Christmas we need to be very careful about the number of contacts that we have, to reduce transmission before Christmas and get our cases as low as possible.”

Dr Hopkins added, in comments reported by The Telegraph: “Hopefully the Government will make the decision that will allow us to have some mixing, but we will wait and see what that is.

“Then, I think, once we have got past the Christmas period, if there has been a release and some socialisation we will all have to be very responsible and reduce those contacts again.”

However, such freedom would come at a price, she said, adding that the government’s Scientific Advisory Group for Emergencies (SAGE) advice was that “for every day that we release [measures] we will need two days of tighter restrictions”. Public Health England later updated that ratio to five days, meaning that five days of spending time with your family at Christmas would equal nearly another full month of lockdown.

The UK’s second lockdown went into effect on November 5th and is legally due to end on December 2nd, with the regional three-tiered system coming back into force immediately in its place. Government sources speaking to The Telegraph now say that the whole country will be in minimum Tier 2 restrictions, with a ban on households mixing until very close to Christmas. Ministers are also believed to be considering a Tier 4, almost all but a full lockdown for areas of the UK with a high number of recorded infections.

When pressed on Sky News on Thursday what the government may allow Britons to do over the holiday season, minister Ben Wallace would not commit to a date, saying only that Downing Street would make an announcement after December 2nd.

Delingpole: Bojo Has Come Up Negative for Coronavirus. Why Is He Self-Isolating? https://t.co/1pGNhRlfyY

The disgraced former government scientist Professor Neil Ferguson, whose Imperial College London modelling largely informed the first lockdown, had suggested earlier this month that there would be a third lockdown in the New Year, not long after announcing that relaxing social distancing measures during Christmas would result in people dying.

Speaking on a prospective corona Christmas break, the Imperial College academic said it would not be a “free for all”.

“You could think of allowing three of four households to bubble together for a week but not contact anybody else, which would give more opportunity to see loved ones but not a free for all. That, modelling would suggest, increases risk somewhat – but in a controllable way,” he said.

Professor Ferguson was forced to resign from his position with the government after breaking his own lockdown laws in May by allowing his married lover to twice come to his home. However, according to the most recent government releases, Ferguson is listed as a participant of SAGE.

Despite what the state may instruct the British public to do, there appears to be growing resistance to government-mandated anti-socialising orders. Sky News’s Beth Rigby interviewed shoppers on the iconic Oxford Street, London, who told the journalist on Wednesday that they will spend time with their families, regardless of what the draconian lockdown laws dictate.

“If they want a lockdown, then yeah they can have a lockdown. But I’m not on lockdown. I’m going to see my family”@BethRigby asks people on Oxford Street what they think of a Christmas lockdown

Canceled? No mention of Dr. Seuss in Biden’s Read Across America Day proclamation