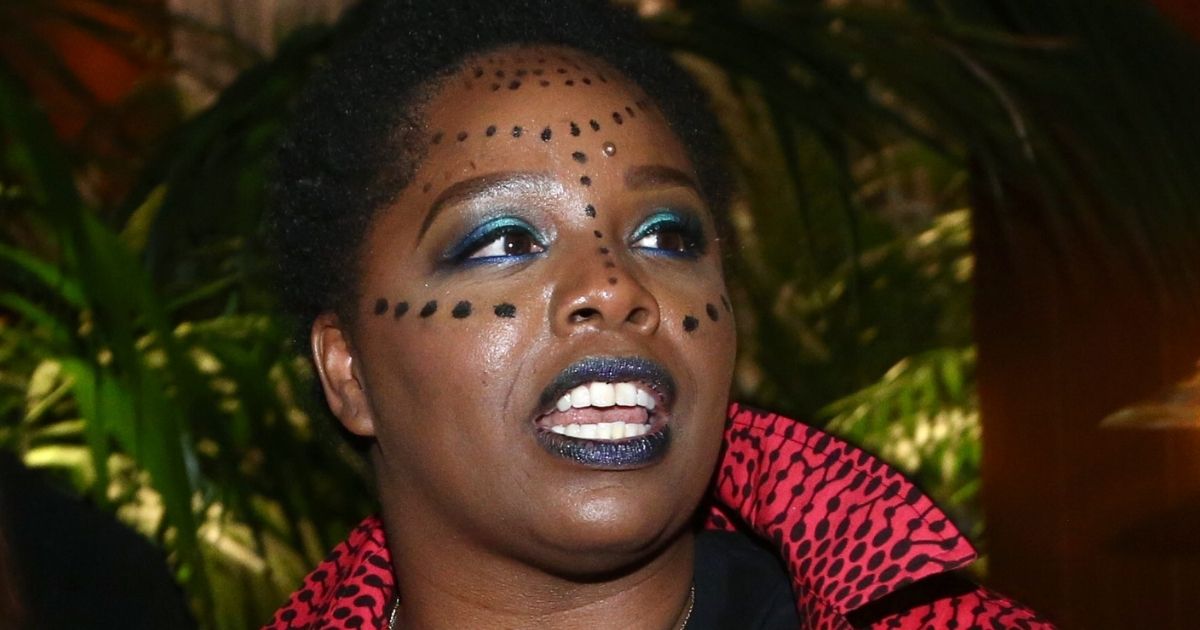 Several years ago, Black Lives Matter co-founder Patrisse Khan-Cullors said in an interview with an obscure internet show that she and others in the organization were “trained Marxists.”

“We actually do have an ideological frame,” Cullors said. “Myself and Alicia [Garza, another BLM founder], in particular, are trained organizers.

“We are trained Marxists. We are super versed on ideological theories, and I think that what we really try to do is build a movement that could be utilized by many, many black folk.”

“We actually do have an ideological frame…Myself and Alicia are particularly trained organizers, we are trained Marxists. We are super versed on ideological theories…” pic.twitter.com/Mb5kAQybab

I always thought there was a farcical element to this remark because, well, how does one become a “trained Marxist” aside from a liberal arts education? Is there an ISO 9001 certification for this? If so, the host of this show was awfully generous, not asking her to produce it. It almost sounds like she was padding her resume.

Wherever she received her Marxist training, however, you can’t say it hasn’t paid off.

The first thing any revolutionary Marxist leader does, once the revolution becomes successful, is to amass luxuries and privileges the rest of the socialist rabblement can’t afford. And if you criticize them for amassing those luxuries, you’re a counterrevolutionary — or, in the case of those criticizing Khan-Cullors’ purchase of a $1.4 million home in an exclusive, mostly white neighborhood, you’re a racist. And a terrorist, too.

Is Patrisse Khan-Cullors a hypocrite?

Topanga Canyon was once a popular hippie spot, as the New York Post pointed out, but it’s now an 88 percent white enclave comprised of California’s woke-mellow low-level plutocrat class.

The Dirt notes her new digs are a “winding 15 minute drive from The Commons at Calabasas and a slightly longer and [somewhat] less serpentine drive from Malibu’s Getty Villa.”

For those unfamiliar with SoCal, that’s an incredibly expensive shopping mall and a museum founded by J. Paul Getty on an obscenely pricey piece of Malibu real estate.

#BLM cofounder Patrisse Khan-Cullors bought a cute pint-sized compound that spans about one-quarter of an acre for $1.4 millionhttps://t.co/bKeVvAjqdo

There was plenty of criticism of this real estate buy on Twitter, which is why the official account of the national Black Lives Matter organization stepped in and asked everyone, not so politely, to stop being so prejudiced.

“Patrisse’s work for Black people over the years has made her and others who align with the fight for Black liberation targets of racist violence,” read a Monday tweet from the group.

“The narratives being spread about Patrisse have been generated by right-wing forces intent on reducing the support and influence of a movement that is larger than any one organization. This right-wing offensive not only puts Patrisse, her child and her loved ones in harm’s way, it also continues a tradition of terror by white supremacists against Black activists.

“All Black activists know the fear these malicious and serious actions are meant to instill: the fear of being silenced, the trauma of being targeted, the torture of feeling one’s family is exposed to danger just for speaking out against unjust systems. We have seen this tactic of terror time and again, but our movement will not be silenced.”

Patrisse Cullors is the Executive Director of Black Lives Matter Global NetworkFoundation (BLMGNF). She serves in this role in a volunteer capacity and does not receive a salary or benefits. pic.twitter.com/w43HJOdg2f

First, pointing out Khan-Cullors’ hypocrisy and questioning where that money is coming from is in no way “terror,” “racist violence,” “malicious” or inflicting “the torture of feeling one’s family is exposed to danger.” It’s pointing out that a trained socialist and black revolutionary just bought a home worth almost a million-and-a-half dollars in an exclusive, mostly white city, based on public records and a write-up in a real estate blog.

This isn’t Khan-Cullors’ only property either; she’s spent $3.2 million on four properties in the United States alone in the past year and, the New York Post reported, “also eyed property in the Bahamas at an ultra-exclusive resort where Justin Timberlake and Tiger Woods both have homes.”

That’s nothing like violence, nor has it exposed Khan-Cullors to anything more than a bit of online obloquy for using a revolutionary platform to enrich herself. Words aren’t violence. Criticism isn’t violence. Neither has been, nor ever will be — no matter how much the left wants to recast them that way.

Second, I find it interesting the leaders of Black Lives Matter say they’ve “seen this tactic of terror time and again.”

Yes, every two-bit Jack or Jill who rides a hashtag and a decentralized activist organization to national fame eventually gets rich and buys a $1.4 million house. And yes, they do it in mostly white neighborhoods despite the fact they talk about topics like historical housing inequality and the legacy of redlining.

Everyone who points this out is invariably going to be just parroting the racist right-wing media spin. It’s not like those conservatives haven’t all gotten rich off of activism and gentrified a neighborhood, amirite?

Nice try, but one of the loudest critics of Khan-Cullors’ new home is Hawk Newsome, head of Black Lives Matter Greater New York City. According to the Post, he’s called for “an independent investigation” into how the group is spending its money.

“If you go around calling yourself a socialist, you have to ask how much of her own personal money is going to charitable causes,” Newsome said. “It’s really sad because it makes people doubt the validity of the movement and overlook the fact that it’s the people that carry this movement.”

It’s worth noting that Newsome’s group isn’t affiliated with the Black Lives Matter Global Network Foundation — not surprising, given the decentralized nature of the movement, but this hardly makes him your average Ben Shapiro listener.

Furthermore, Khan-Cullors has other income besides her work with Black Lives Matter, which the organization says she does on a volunteer basis.

Khan-Cullors has a deal with Warner Bros. that she signed in October and she’s written two books: “An Abolitionist’s Handbook: 12 Steps to Changing Yourself and the World” and “When They Call You a Terrorist: A Black Lives Matter Memoir.”

Still, the Post noted, it’s difficult to tell who gets paid what within the national Black Lives Matter organization since “their finances flow through a complex web of for-profit and nonprofit corporate entities.”

Furthermore, remember: trained Marxist. Are all these homes for her? That’s a lot of time to split between properties when you’re fighting for black liberation.

Or perhaps she means them as an investment. That’d make her a landlord. One of few areas in which Karl Marx agreed with free-market economist Adam Smith was when he appropriated this Smith quote on those who rent out properties: “The landlords, like all other men, love to reap where they never sowed, and demand a rent even for the natural produce of the earth.”

Alas, though: The father of communism never lived to see the fulfillment of his project, which ended with those at the top helping themselves to the spoils and the rest of the comrades sullenly waiting in bread lines.

Don’t say that Patrisse Cullors-Khan has forgotten her Marxist training. If anything, it appears she’s been doing post-doctoral work toward it — but if you point that out, boy, are you ever a racist. And a violent one at that.