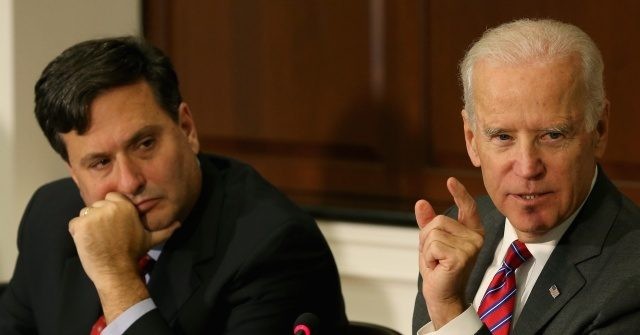 Democrat Joe Biden has chosen Ronald Klain to be his chief of staff should he enter the White House in January. Klain worked on behalf of Silicon Valley executives and their interests, which include providing tech corporations with an endless supply of H-1B foreign visa workers and more free trade.

Klain, who was made Biden’s incoming chief of staff this week, served on the executive council of TechNet — a firm that promotes the interests of Silicon Valley’s tech corporations in Washington, D.C. Klain served on the council alongside executives from the Oracle Corporation, Hewlett-Packard Enterprise, Google, Visa, Apple, and Microsoft.

TechNet, most recently, joined a lawsuit against President Trump’s reforms to the H-1B visa program that sought to prioritize unemployed Americans for jobs rather than allowing businesses to continue importing foreign workers.

TechNet is one of the groups that has filed an amicus brief to oppose the new regulations on H-1B visas. https://t.co/ofY4GJ2sVR

There are about 650,000 H-1B visa workers in the U.S. at any given moment. Americans are often laid off and forced to train their foreign replacements, as highlighted by Breitbart News. More than 85,000 Americans annually potentially lose their jobs to foreign labor through the H-1B visa program.

Analysis conducted in 2018 discovered that 71 percent of tech workers in Silicon Valley, California, are foreign-born, while the tech industry in the San Francisco, Oakland, and Hayward area is made up of 50 percent foreign-born tech workers. Up to 99 percent of H-1B visa workers imported by the top eight outsourcing firms are from India.

TechNet’s listed immigration goals include allowing corporations to dictate the annual level of legal immigration to the United States and the elimination of per-country caps that would effectively let India and China monopolize the U.S. green card system.

The group’s goals on trade are in direct opposition to President Trump’s economic nationalist agenda that has imposed tariffs on foreign imports from China, Canada, Europe, and other parts of the globe.

TechNet’s trade goals include reducing “tariff and non-tariff barriers to information, communications, and advanced energy technology products, services, and investments” as well as “protections for the free flow of data across borders…”

While Biden has vowed to flood the U.S. labor market with more foreign workers to compete against Americans for jobs, he has shied away from questions on whether he will eliminate tariffs on foreign imports that were imposed by Trump. Such elimination of tariffs would be a boon to multinational corporations that offshore their production and jobs overseas only to import their products back into the U.S. market, often with no penalties for doing so.