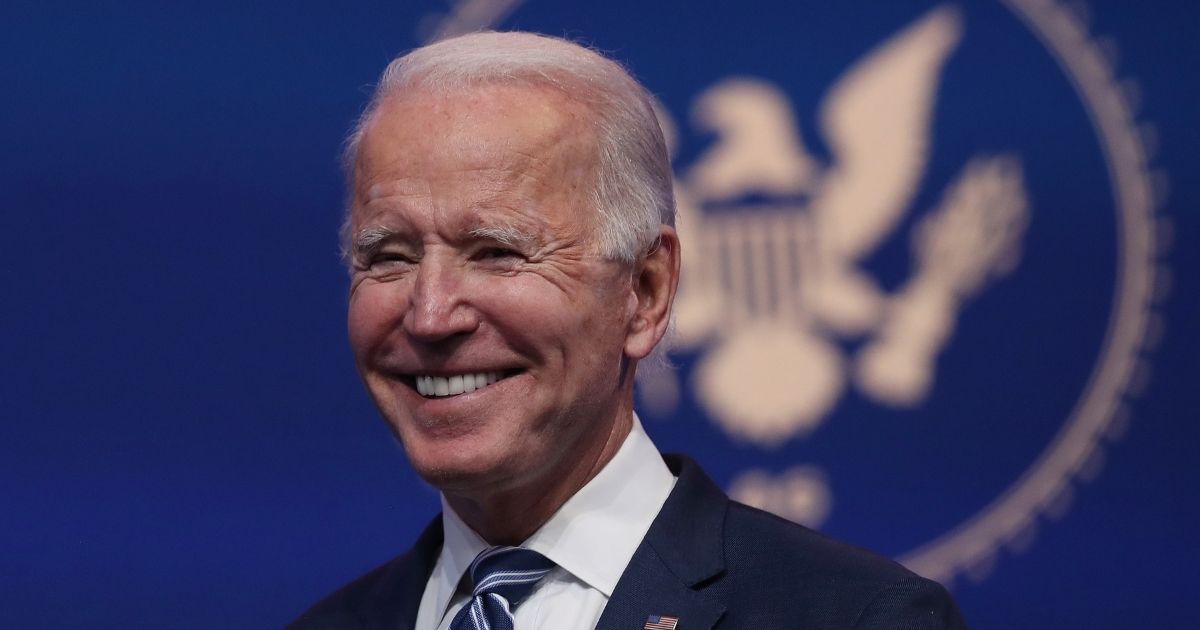 Joe Biden’s America is going to be a frightening place if the presumptive president-elect actually does take office.

Not only is the Democrat’s running mate the Marxist, race-baiting California Sen. Kamala Harris, but his transition team includes Richard Stengel, who is on record saying America should make laws against “hate speech” and limit First Amendment protections.

According to the New York Post, Stengel is the “team lead” for the U.S. Agency for Global Media in the transition, putting him in charge of U.S. state-run media outlets like Middle East Broadcasting Networks, Radio Free Europe/Radio Liberty and Voice of America.

In an opinion piece published in October 2019 in The Washington Post, Stengel gave lip service to the fact that he at one time agreed with the Constitution’s First Amendment guarantee to the right of free speech.

“When I was a journalist, I loved Justice Oliver Wendell Holmes Jr.’s assertion that the Constitution and the First Amendment are not just about protecting ‘free thought for those who agree with us but freedom for the thought that we hate,’” he wrote.

“But as a government official traveling around the world championing the virtues of free speech, I came to see how our First Amendment standard is an outlier.”

Stengel served as the head of the National Constitution Center and was under secretary of state for public diplomacy and public affairs during former President Barack Obama’s administration.

“Even the most sophisticated Arab diplomats that I dealt with did not understand why the First Amendment allows someone to burn a Koran,” he wrote. “Why, they asked me, would you ever want to protect that?”

He didn’t mention flag burning or instances when Satanist groups twisted First Amendment protection to put up their own demonic monuments, however.

Instead, he went on to use another hysterical leftist talking point: Russian interference in the 2016 presidential election.

“In the weeks leading up to the 2016 election, Russia’s Internet Research Agency planted false stories hoping they would go viral. They did,” Stengel wrote.

Stengel went on to claim that “the intellectual underpinning of the First Amendment was engineered for a simpler era,” implying that it could no longer apply today, so hate speech laws should be enacted for a world that can’t rid itself of such ideas all on its own.

“The amendment rests on the notion that the truth will win out in what Supreme Court Justice William O. Douglas called ‘the marketplace of ideas,’” Stengel wrote, adding how “no one ever quite explained how good ideas drive out bad ones, how truth triumphs over falsehood.”

So, because Stengel thinks that people are too stupid to tell truth from falsehood (in his defense, he may come to that conclusion from his coworkers at MSNBC) and that being allowed to say or think anything can lead to intolerance and “enable discrimination,” he concluded the only option is hate speech laws.

“All speech is not equal. And where truth cannot drive out lies, we must add new guardrails,” he wrote.

“I’m all for protecting ‘thought that we hate,’ but not speech that incites hate. It undermines the very values of a fair marketplace of ideas that the First Amendment is designed to protect.”

Stengel’s Op-Ed was so insanely anti-American and anti-Constitution, even Conor Friedersdorf at the left-leaning publication The Atlantic rebutted some of his arguments against the freedoms enshrined in the First Amendment.

Do leftist hate the First Amendment because they want to control speech?

“Thank goodness the United States is an outlier compared with Saudi Arabia, where blasphemy and apostasy are capital offenses; Jordan, where peaceful anti-corruption advocacy is met with arrests; or Egypt, where dissenters are treated as criminals,” Friedersdorf poignantly observed.

He went on to say how social media platforms had the right to remove any content as a private company, and pointed out how hate speech laws can backfire. “[I]f the U.S. outlaws speech that causes violence, that will create a perverse incentive — anyone who wants a viewpoint outlawed need only stoke violence to get his way,” Friedersdorf wrote.

“If Islamist radicals react with violence to feminist speech or Hollywood movies that portray two men kissing, will Stengel advocate for laws that infringe on the ability of Americans to so express themselves?”

The Biden administration would no doubt love to silence all of President Donald Trump’s supporters, just as Facebook and Twitter have been trying to do.

Four years of a Biden/Harris administration are going to be a mix of censorship and crackdowns on right-leaning politicians, pundits and private citizens.

The majority of people who voted for Biden did so because of a coordinated political, media and Big Tech campaign to destroy Trump’s presidency and credibility while keeping quiet about the radicalism that has exploded within even the mainstream Democratic Party ranks.

Biden hid out in his basement because he could, while Trump was constantly bombarded with lies, accusations and mischaracterizations — all a result of the “free speech” that Stengel has no problem with (it’s only the real truth about Trump and his supporters they object to spreading).

Stengel’s desire to chip away at First Amendment protections is radical, but the 2020 presidential election has shown he’ll certainly be in good company in the Biden/Harris administration.