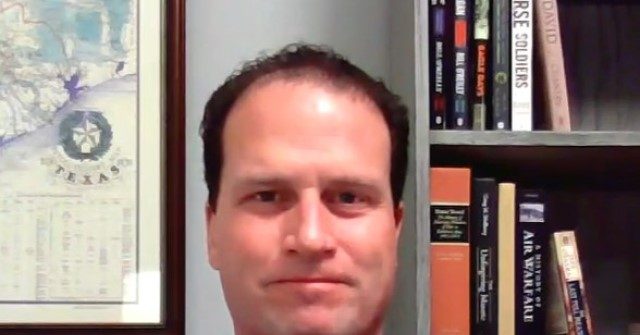 During a Thursday appearance on Fox Business Network’s “Mornings with Maria,” Rep. August Pfluger (R-TX) weighed in on President Joe Biden signing 17 executive orders his first day in office. The orders included withdrawing the permits for the Keystone XL oil pipeline and rejoining the Paris climate accord.

Pfluger said Biden’s energy policy is “extremely concerning. He argued the administration is “taking action to try and undermine the energy business.”

“This is so important,” Pfluger emphasized. “I mean, it affects my district directly, especially considering we have the Permian Basin which produces 40% of the country’s oil. Energy security is national security. I was the first freshman to introduce a bill, legislation, and it was aimed at preventing the Biden administration from placing a moratorium on federal lands. We already see that on day one he’s taking action to try and undermine the energy business. And the fact that we are the number one producer in the world and that we provide affordable, reliable energy — not just for our country but also for billions of people around the globe, is just mindboggling. And so … all of these secondary and tertiary effects are extremely concerning.”