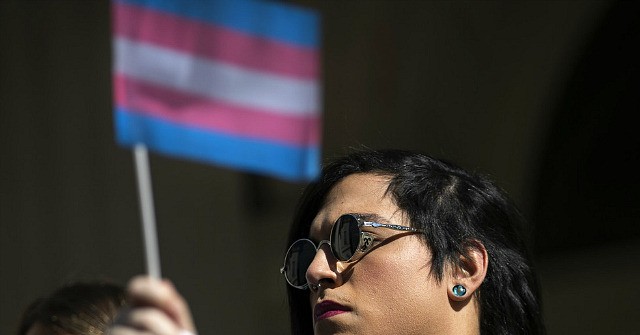 WOLF, which says on its website, “female humans, the class of people called women, are oppressed by men under a male-supremacist system called patriarchy,” posted an article titled, “What Could a Joe Biden Presidency Mean for Women’s Rights?”

While this group likes some of Biden’s and vice presidential candidate Kamala Harris’ campaign promises — including support for abortion, gay marriage, and government-run health care — when it comes to the Equality Act, WOLF takes a different stance.

“Despite all his progressive policies, Biden’s contradictory support for the current version of the Equality Act and other “gender-identity” laws will actually undermine women’s sex-based rights,” WOLF states.

The lengthy commentary says, in part:

Joe Biden has promised that on his first day in office he would restore Obama-era guidance that will give male students access to girls’ sports, bathrooms, and locker rooms “in accordance with their gender identity.” This is a major backslide for the rights of girls in education, and should be understood as a threat to Title IX, the groundbreaking legislation which guaranteed equal education access to girls and women in federally-funded schools.

Biden has also committed to make passing the Equality Act a top legislative priority in his first 100 days. While much of the Equality Act holds good potential for many groups of women, such as prohibiting employment and housing discrimination against lesbian and bisexual Americans, it also enshrines the undefined concept of “gender identity” into law as a protected characteristic—effectively providing unlimited access for men into women’s sports and spaces such as prisons, shelters, and domestic violence services.

All of the funding and support of the Violence Against Women Act is undermined if men are allowed to enter women’s domestic violence shelters, and if stats on male violence are falsified to validate the identity claims of violent men. If boys are able to steal scholarships from female athletes, attempts to increase economic opportunities for women and girls could be nullified. If violent male sex offenders and convicted domestic abusers are allowed in female prisons where they will continue to rape and assault women, progressive justice system reform will perversely worsen some conditions for the most vulnerable women.

“Through such promises to eliminate single-sex accommodations and women’s sex class recognition in the law, Biden’s stance on gender identity undercuts all of his other progressive policy stances on women’s issues,” the commentary concludes.