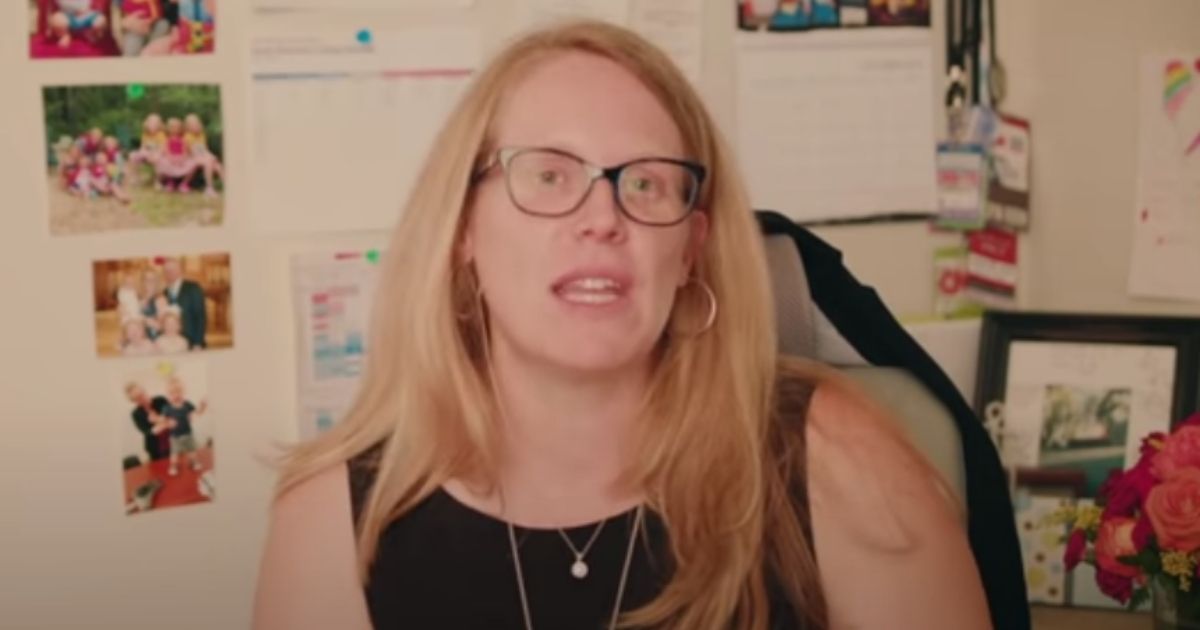 Since the day major media outlets projected former Vice President Joe Biden as the winner of the election, the Biden transition team has been busy making personnel decisions for their new administration.

Jennifer O’Malley Dillon, who managed the Biden campaign, has been selected to serve as the White House deputy chief of staff.

Second Amendment advocates are understandably worried about this choice because O’Malley Dillon has been a vocal supporter of mandatory gun buybacks.

Prior to joining Team Biden, O’Malley Dillon managed the campaign of gun control zealot Beto (Hell yes, we’re going to take your AR-15) O’Rourke. And, according to Fox News, she shares her former boss’ radical views.

In the October 2019 video below, after indoctrinating her twin daughters with the knowledge that Mommy is working hard to stop Donald Trump because “he’s bad,” she addresses O’Rourke’s participation in a forum on gun reform in Las Vegas.

“We are actually the only campaign with a plan … that supports mandatory buybacks of weapons of war. An assault weapon ban is very, very important, and we need to have it. But that only takes weapons of war off the streets in the future. It does nothing for weapons of war that are currently out there. And I think there’s 15 or 16 million.”

It’s never a good sign when a politician refers to firearms as weapons of war.

O’Malley Dillon picks up a report prepared by the group March for Our Lives called “A Peace Plan for a Safer America.” She emphasizes a passage where the group calls for “a federal ban on assault weapons and high capacity magazines, as well as a national gun buyback and disposal program.”

Would a Biden administration carry out a mandatory gun buyback?

Her strong personal support of O’Rourke’s positions on gun reform are unmistakable as she animatedly promotes the campaign’s then-forthcoming event, “Weekend of Action.”

O’Malley Dillon’s views on mandatory buybacks of assault weapons are hardly unique among members of Biden’s inner circle, or for that matter, among many members of the Democratic Party.

During the 2020 Democratic primaries, California Sen. Kamala Harris advocated for a mandatory buyback of “assault weapons,” albeit a lesser version of it. Fox News wrote that Harris “estimated her version of such a program would impact only about 2 million weapons.”

The Fox article reminded us that “Biden’s campaign has called for giving owners of ‘assault weapons or high-capacity magazines’ the option to either sell their weapons to the government or register them with the Bureau of Alcohol, Tobacco, Firearms and Explosives under an expansion of the National Firearms Act.”

Remarkably, Fox even pointed out that progressive Sen. Bernie Sanders has “criticized the idea of mandatory buybacks … calling them ‘unconstitutional.’” I am amazed Sanders possesses the clarity to realize that. It’s unfortunate that so many Democrats miss it.

RELATED: Here’s How Much Biden’s Gun Tax Could Cost Every Day Americans

Rather, I believe we will witness a government power grab like nothing that has come before.

I will close by sharing a tweet from an “elected DNC member” that stopped me in my tracks:

No seriously…how *do* you deprogram 75 million people? Where do you start? Fox? Facebook?

We have to start thinking in terms of post-WWII Germany or Japan. Or the failures of Reconstruction in the South.

Atkins’ musings fly in the face of former Vice President Joe Biden’s call for unity delivered shortly after the media declared him the new president-elect. Biden told Americans, “I pledge to be a president who seeks not to divide, but to unify … Now, let’s give each other a chance. It’s time to put away the harsh rhetoric, lower the temperature, see each other again, listen to each other again. This is the time to heal in America,” according to The Washington Post.

Biden’s words, as lovely as they were, believe the reality that liberals have no intention of unifying with Trump’s supporters. Honest debate and compromise are not part of their plan. Their objective is to “eliminate” dissent, one way or another.

I realize that Atkins’ ideas sound radical and alarming and they are. But the truth is that most liberals’ thinking is more closely aligned with Atkins than with the lofty ideals Biden expressed in his “acceptance speech.”

Liberals do not seek unity with conservatives, they want us to abandon our principles and embrace their world views. They want to control us.

I assure you that the left has one goal; above all else, they want as much power as possible and they will do whatever is necessary to maintain it.

If Republicans fail to win at least one of the Georgia Senate runoff elections in January, Democrats will be free to pass their radical agenda.

And coming after our firearms will be a top priority.