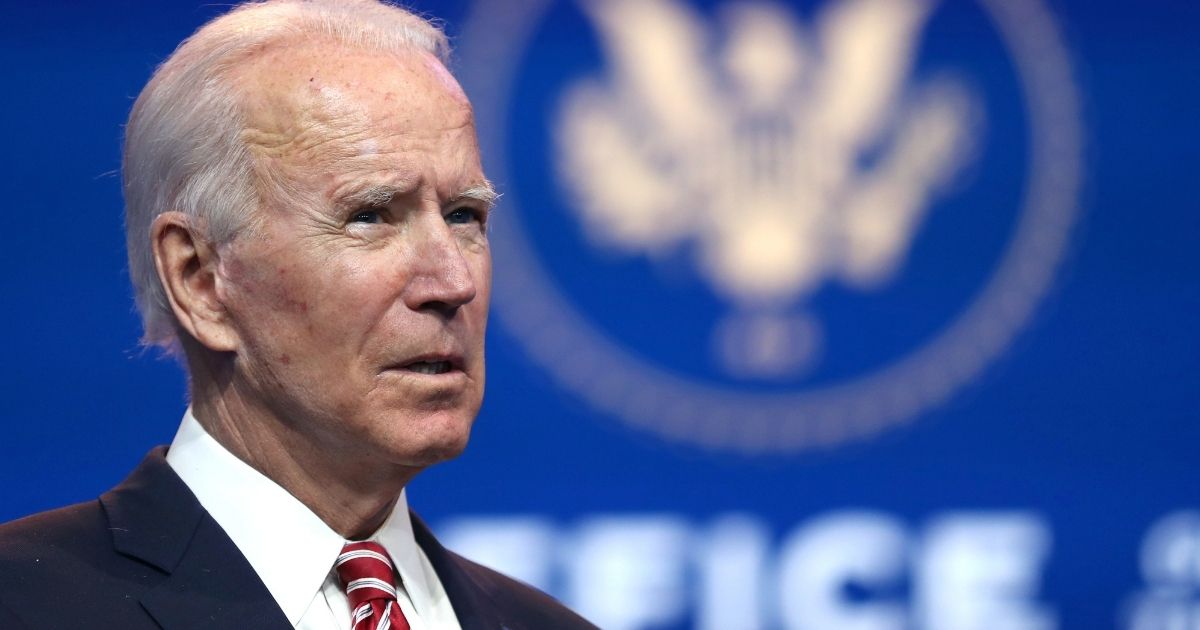 The Democratic majority House of Representatives passed a $3. 4 trillion version of the HEROES Act in May, which would provide additional economic assistance to state and local governments, as well as a second $1,200 stimulus check for individuals who qualify.

A second version was passed by the House in October with a $2.2 trillion price tag.

Although both proposals were successful in the House, both have landed on the Republican-controlled Senate floor and have not progressed.

“Right now, Congress should come together and pass a COVID relief package like the HEROES Act that the House passed six months ago,” Biden said about a second stimulus package, according to The Hill.

“Once we shut down the virus and deliver economic relief to workers and businesses, then we can start to build back better than before.”

Right now, Congress should come together and pass a COVID relief package like the HEROES Act that the House passed six months ago. Once we shut down the virus and deliver economic relief to workers and businesses, then we can build back better than ever before.

This bill is similar to the CARES Act, which was a $2.2 trillion relief package and was signed into law at the end of March to deal with the drastic economic downturn at the start of the pandemic.

President Donald Trump signed the bill in March due to overwhelming pressure for government intervention at the time, but what’s Biden’s excuse for wanting to pass such an expensive bill?

I just signed the CARES Act, the single biggest economic relief package in American History – twice as large as any relief bill ever enacted. At $2.2 Trillion Dollars, this bill will deliver urgently-needed relief for our nation’s families, workers, and businesses. #CARESAct🇺🇸 https://t.co/0WnTNFZPZD

Biden should be pushing for a more moderate relief bill or pushing for Americans to get back to work if he truly cared about America’s economic future.

Currently, the United States national debt is at $27 trillion and growing rapidly, making any bill in the trillions dangerous for the financial future of the country.

The Committee for a Responsible Federal Budget put scrutiny on the relief packages, as many businesses have failed throughout the pandemic despite receiving stimulus.

RELATED: CNN's Chris Cuomo Finally Admits on Live TV What Conservatives Have Thought All Along

Our #COVIDMoneyTracker has the details on how much #COVID19 relief has been approved and spent so far https://t.co/sV4RsNE6Aj

A second stimulus package would also need to be more careful about what individuals and businesses receive checks.

According to The Washington Post, The Department of Treasury sent over 1 million checks to dead people at an estimated value of $1.4 billion.

There is certainly merit in Biden pushing for Republicans and Democrats to compromise on a relief package, but spending trillions is not the best solution.

If Biden wants to truly “Build Back Better,” he needs to encourage local and state governments to make plans to safely reopen all businesses in order to restore the American economy.