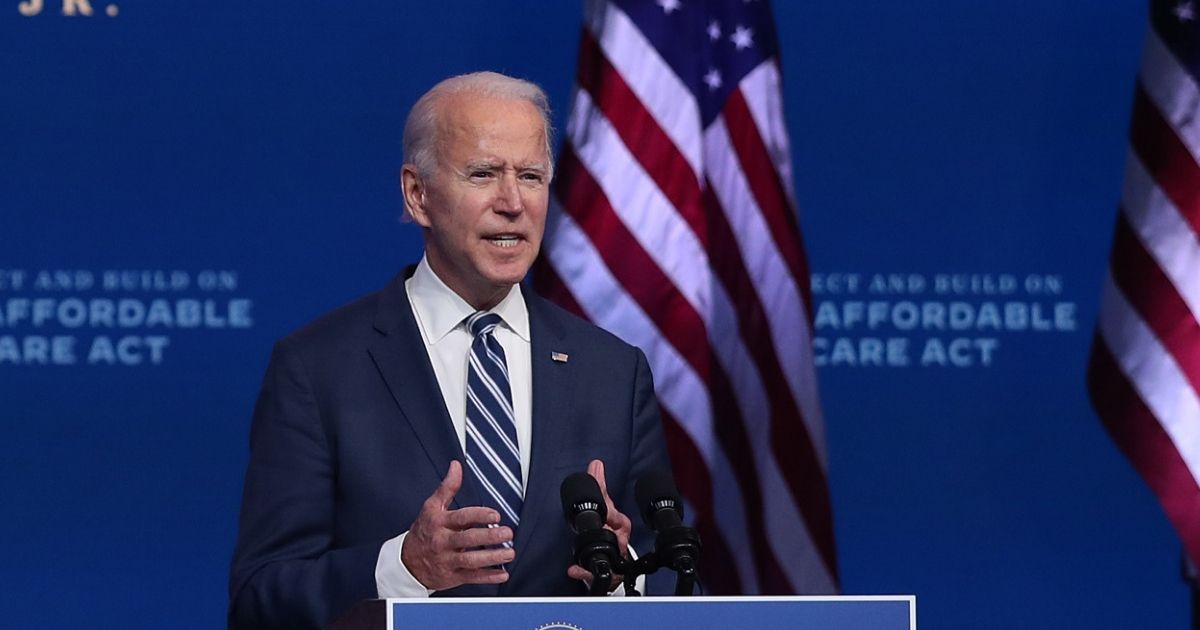 The Brazilian president is oft called “Trump of South America,” a moniker even President Donald Trump repeated when Bolsonaro visited the White House. Most of those who use the sobriquet have an inordinately low opinion of Trump or an inordinately high opinion of Bolsonaro.

Between human rights concerns regarding the reporting of police abuse to actual rhetoric issues — like using a Portuguese gay slur to refer to those concerned about COVID-19 — Bolsonaro is not a difficult person to dislike.

In particular, world leaders seem to take issue with Bolsonaro’s policies on the Amazon River basin. His promise to open up more of the rainforest to commercial activity and to fight “radical environmentalism” were popular among Brazilian voters and unpopular among the NGO set. Under a potential Biden administration, Vox’s Jariel Arvin predicts Bolsonaro’s Brazil could be the first “climate outlaw” under an initiative in Biden’s climate policy.

Not being mentioned as a potential “climate outlaw”? Xi Jinping’s China, which emits over 20 times the carbon that Brazil does. Say what you will about the man, Joe Biden certainly has his priorities.

So what is a “climate outlaw”? According Biden’s platform, which says he’ll “[n]ame and shame” these countries as president, it would work something like how we go after countries with poor records on human rights.

“The U.S. Department of State publishes rankings of country’s records on human trafficking and human rights,” the platform reads.

“A Biden Administration will institute a new Global Climate Change Report to hold countries to account for meeting, or failing to meet, their Paris [climate agreement] commitments and for other steps that promote or undermine global climate solutions.”

During the first presidential debate, Biden made it clear whom he was going to target with this.

Do you think a Biden administration would confront China?

“The rainforests of Brazil are being torn down, are being ripped down. More carbon is absorbed in that rainforest than every bit of carbon that’s emitted in the United States,” Biden said, according to a transcript.

“Instead of doing something about that, I would be gathering up and making sure we had the countries of the world coming up with $20 billion, and say, ‘Here’s $20 billion. Stop tearing down the forest. And if you don’t, then you’re going to have significant economic consequences.'”

Mike Shifter, president of the think tank Inter-American Dialogue, told Reuters before the election that Bolsonaro had quite a bit to fear if Biden won.

“There are people in the Democratic Party that would like to go after Bolsonaro and be very tough with him on this issue, and join forces with the Europeans to apply significant pressure,” Shifter said.

Bolsonaro responded to Biden’s talk of “naming and shaming” Brazil with a bit of saber-rattling.

“I recently heard a presidential candidate to head of state say that if I don’t put out the fire in the Amazon, he is going to raise trade barriers against Brazil,” Bolsonaro said, according to Arvin.

“How do we deal with all of that? Diplomacy is not enough. When there is no more saliva, then there must be gunpowder.”

Nice. My assumption is that we won’t be in a shooting war with Brazil anytime soon, but Arvin thinks getting the country to stop damaging the climate via Amazonian forest fires is doable.

“Bolsonaro’s aggressive comments suggest a difficult road could lie ahead for Brazil-US relations. But the US and the international community have significant economic leverage they could bring to bear on Bolsonaro to push him to change his policies,” he wrote in the Thursday piece.

“The global economic slowdown caused by the Covid-19 pandemic has hit Brazil’s economy, and particularly its export market, hard. China, the United States, and the European Union are Brazil’s three main trading partners, so if those countries chose to, they could apply substantial economic pressure on the country to encourage Bolsonaro to rethink his defiant stance.”

It’s funny that Arvin talks about China applying pressure to Brazil over environmental issues. If there’s any “climate outlaw” we should be standing up to, it’s the government in Beijing.

According to the Union of Concerned Scientists, China created 28 percent of the world’s CO2 emissions in 2018 (the most recent year data is available), emitting 10.06 gigatons of it. That’s the most in the world. Brazil was number 14 at .42 gigatons, meaning China releases almost 24 times more carbon dioxide than Brazil does.

You’ll notice that, in this chart of the biggest carbon emitters from the World Economic Forum, Brazil doesn’t even make it on there. China, meanwhile, has seen its share skyrocketing:

What’s fascinating is that, when Xi announced at the United Nations General Assembly in September that China was going to hit its peak carbon output before 2030 and would reach “carbon neutrality before 2060,” many were quick to hail the announcement. The New York Times’ Somini Sengupta wrote that “[t]he timing of the announcement was … notable, coming so close to United States elections in which climate change has become increasingly important to voters.”

However, she noted that “his remarks were less than precise on how and how quickly China would ratchet up its climate policies.”

At E&E News, Jean Chemnick and Benjamin Storrow were a bit more skeptical, noting that “China’s announcement is a diplomatic olive branch to the European Union, in a year when European leaders have been increasingly critical of China on issues from trade to human rights.”

And saying you’re going to do stuff is different from actually doing it, Chemnick and Storrow noted:

“Questions abound about how and when China plans to draw down coal use; whether coal capacity that has come online in recent years is to be offset with the retirement of older, dirtier, coal-fired power plants; and whether China will slow its funding of fossil fuel-based projects in countries that participate in its Belt and Road Initiative,” China’s massive soft-power infrastructure development program in developing nations.

How much of that would a President Joe Biden stand up to? None of it. He’s not going to make any substantive efforts to stop the deleterious effects of the Belt and Road Initiative or pressure China into drawing down coal use. After rejoining the Paris climate agreement, as he’s said he would, he’ll likely refuse to do anything to make sure China lives up their promises — which, by the way, are on the low end of what other major world powers are already promising.

But he’d go after Brazil because of forest fires in the Amazon, all because Jair Bolsonaro is an easy target — he’s even used an anti-gay slur.  Xi Jinping’s government, meanwhile, has violently stifled free speech in a cloud of tear gas and puddles of blood on the streets of Hong Kong.

Don’t expect that from a potential Biden administration, which, according to the liberals at Vox, will be much more happy to call Bolsonaro’s government a “climate outlaw” than put in the work to hold our biggest adversary to account.

ABOUT US
Contact us: [email protected]tory.com
© 2021 - Patriots Make History - All Rights Reserved.