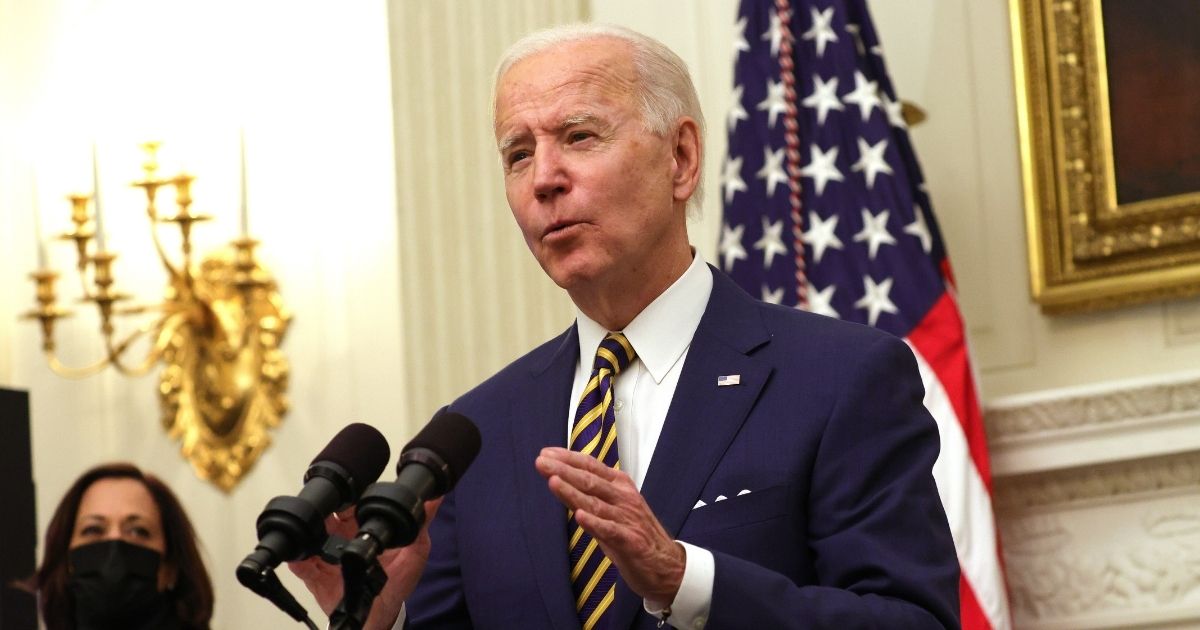 Welcome to President Joe Biden’s America, where rioting has taken over the cities of Portland, Oregon, and Seattle, and thousands of Americans have died from COVID this week under his watch.

On Wednesday, the day of Biden’s inauguration, leftist rioters attacked the headquarters of Portland’s Democratic Party. Likewise, in Seattle, similar rioting went on for hours.

Alfred Charles, with Seattle’s KOMO-AM, reported on the devastating unrest.

“Hours after President Joe Biden was sworn into office and implored the nation to come together, dozens of protesters gathered Wednesday afternoon in Seattle’s Occidental Park for a tense demonstration that included a march through downtown in which a flag was set on fire,” Charles reported.

“Three people were arrested as of Wednesday evening — two for property damage after multiple windows were shattered at the William Kenzo Nakamura Courthouse at 6th Avenue and Spring Street and at the original Starbucks store in Pike Place Market. A woman was also arrested for investigation of assault at 2nd Avenue and Cherry Street,” he added.

TRENDING: Report: As DC Politicians Abandon Soldiers, Donald Trump Steps in and Proves He Never Will

In Portland, the scene was much more chaotic.

“They come out here and they just literally destroy whatever they can, throwing things around,” Gibson said a riot that targeted the city’s Democratic Party office. “They’re just going to pick it up and throw it wherever they can. The damage that happens to the businesses down there is just devastating.”

The rioting, which has gone on for days, makes a mockery of our country’s values. Still, Biden has not disavowed the demonstrators and rioters who are destroying property under his watch.

Do you think there is any chance Biden can unify the country?

Does this kind of reporting remind you of anything — say, the way the establishment media reported on everything that occurred while former President Donald Trump was running the show? It should.

In order to remain consistent with the reporting standards set over the last several years, it would be appropriate to highlight that Biden has let Americans die from the coronavirus and that he has yet to disavow the rioting in American cities, right? The answer, of course, is no. Not for now.

Such reporting would be disingenuous and vengeful, but it also wouldn’t be uncalled for.

But Biden is beginning to get a dose of his own medicine. It was easy for the lifelong Democrat to snipe from the sidelines for a year while seeking to run the country. He’s now in charge, and per the logic of Democrats and the establishment media, he owns every single incident that occurs under his watch.

Republican Sen. Chuck Grassley of Iowa, for one, wants an answer for the Pacific Northwest riots from the president.

RELATED: Biden Gets Off to Slow Start, Lags Behind Obama and Trump with First Approval Rating

Biden, of course, has barely warmed his chair inside the Oval Office. Still, he blamed every unfortunate event this vast country on Trump throughout the campaign while offering him no credit for his successes.

He and his corporate media and Democratic allies blamed Trump for the Jan. 6 Capitol incursion. They impeached him just a week ago for it. Should we not hold Biden to the same standard? Are those COVID deaths since Wednesday the fault of the president, who has now had more than 48 hours to end the pandemic?

Again, the answer is no. It’s too soon.

But Biden was adamant that Trump was to blame for the Capitol incursion. He was also in the thought camp that Trump let hundreds of thousands of Americans die during an international health crisis.

He definitely set a precedent for wrongfully assigning blame to his predecessor on some issues, and now he’s the one being asked to answer for the chaos occurring under his watch.

He must immediately call for the vile leftists in Portland and Seattle to stand down. Anything short of that is sedition, obviously.

Again, such talk is premature, but it won’t be for long. Let’s see what happens in the weeks to come.

Biden’s political adversaries will soon assign every single unfortunate event to the 78-year-old. Such criticisms might not be justifiable — yet. But Biden wanted the job of president, and now he’s got it. He’d better act quickly, or such sideline partisan sniping will be appropriate. It’s easy to politicize violence and death when it’s not yet your job to put an end to it, which Democrats know.

It’s Biden’s turn to fix the deep issues that plague our country, and he’s going to have to fix them in a divisive environment that he helped to foment for so long while launching attacks from his home in Delaware.

Trump was quick to condemn political violence. Will Biden follow that exemplary leadership and do the same? The answer to that question should be a hard yes, and it should have already happened. Biden might get a week or so to get his bearings. After that, he owns everything that happens.

Biden’s chickens are coming home to roost. Perhaps future Democrats with big eyes for the office of the president can view his previous inflammatory comments, Grassley’s tweet and other statements that are sure to come as a cautionary tale.