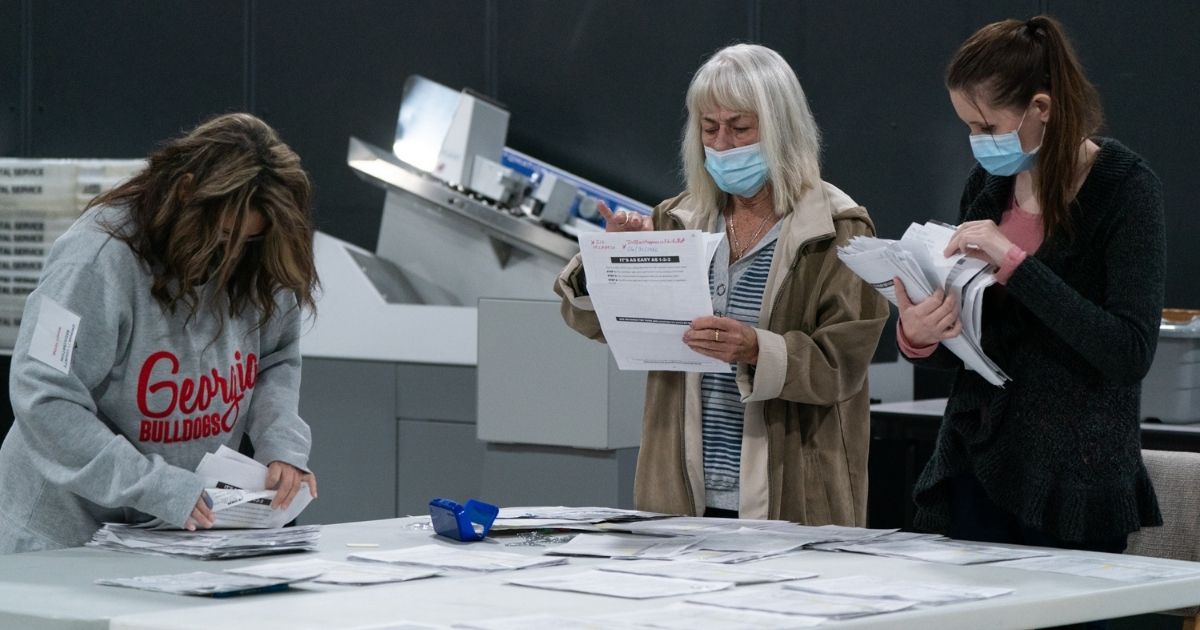 The battleground state of Georgia will conduct a full audit of votes, by hand, for the first time ever, state officials have announced.

Biden’s slim lead of roughly 14,000 votes comes as the ballot counting process in some areas of the state has come under question.

Georgia Secretary of State Brad Raffensperger said Wednesday that as a result, election officials will audit the entire election by hand, WSB-TV reported.

Georgia also used the now controversial Dominion Voting Systems software, which officials said was responsible for a delay in results in at least one county, according to CNN.

That software has come under question after it reportedly flipped thousands of votes from Trump to Biden, giving the Democrat an apparent victory in Antrim County County, Michigan. The glitch was later resolved, with Trump winning the county with 56 percent of the vote.

It isn’t yet clear if the software might have affected the race in other areas, but it was used in each of the disputed battleground states.

Do you think election officials will find widespread voting irregularities in Georgia?

Dominion was also used in 64 other Michigan counties.

Questions about Georgia’s results have been asked since the state continued to find new votes days after the election, which eventually flipped the state from Trump to Biden.

This is a big deal — Georgia Republican Secretary of State Brad Raffensperger ordered all of the state’s 159 counties to conduct a hand recount and audit of all votes cast in the presidential race https://t.co/Uf2oHLvUU9

Raffensperger vowed to ensure a thorough audit of all votes.

Georgia’s Secretary of State says the state will do a hand recount of the ballots. pic.twitter.com/pr6IEn13oI

“With the margin being so close, it will require a full, by-hand recount in each county,” Raffensperger said Wednesday.

“This will help build confidence. It will be an audit, a recount and a recanvass all at once. It will be a heavy lift, but we will work with the counties to get this done in time for our state certification,” he added.

The secretary also assured all reports of ballot irregularities or fraud would be taken seriously.

“My office will continue to investigate each and every incidence of illegal voting. Double voting, felon voting, people voting out of state — if you report it, we will investigate it. Every legal vote will count,” he said.

Joe Biden on impeachment timing: Appreciate time to get administration ‘up...