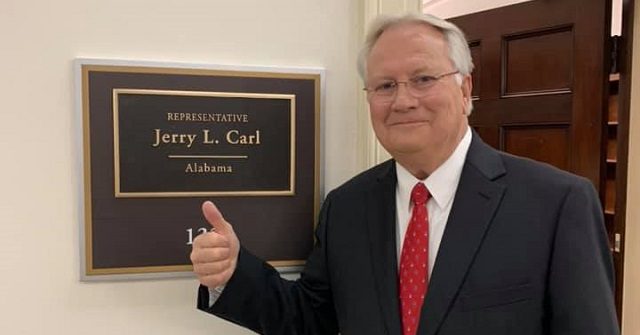 With a matter of hours to go until President-elect Joe Biden is sworn in as the 46th president of the United States, Washington, D.C., including the National Mall and the U.S. Capitol, remain on lockdown after riots broke out inside the Capitol earlier this month. The lockdown atmosphere has a “creepy” vibe to it, according to freshman Rep. Jerry Carl (R-AL).

During an appearance on Mobile, AL radio’s FM Talk 106.5 on Monday, Carl described the scene from his perch within the secured area near the U.S. Capitol.

“It’s really creepy,” Carl added. “I mean, ever since I’ve gotten here, it’s been very creepy. Even the veterans here will tell you the same thing. It’s just the atmosphere, you know, the lockdowns — of course, what happened here two weeks ago Wednesday. It’s just been very uncomfortable for everyone, and I’m ready to get back to work and get some things accomplished for my district. You know, we can’t get anywhere worried about this, and I hope after inauguration, obviously, everything is going to settle down, and we can get back to what they consider a normal life around here. I haven’t been here long enough to figure out what that is.”