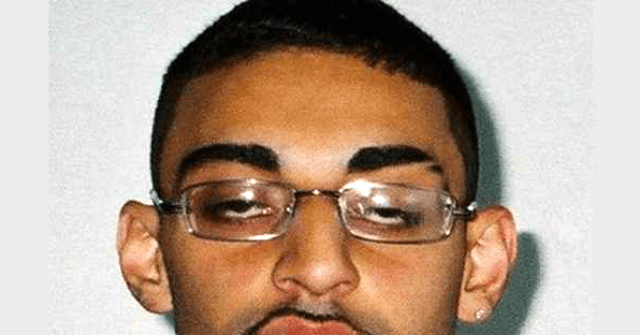 “Asian” rape gang ringleader Ahdel ‘Eddie’ Ali has been released back onto the streets just eight years into a notionally 26-year term for raping and pimping girls as young as 13.

32-year-old Ali was sentenced to a superficially impressive (by the standards of British justice, at least) 26-year extended sentence, including 18 years’ immediate custody and an additional eight years on licence after release — but as with most British sentences, the headline numbers haven proven misleading, with rights to automatic early release on licence and other anti-prison provisions kicking in well before he had served even a single decade behind bars.

Ahdel Ali and brother Mubarek Ali — who has also been released after serving a tiny fraction of a supposedly 22-year term — led a gang including five other predators believed to have abused around 100 girls in Telford, Shropshire, from 2006 to 2009, with one victim of the city’s gangs describing her experience as “a whirlwind of rape every day, basically.”

The Alis and their gang were convicted for offences including rape, controlling child prostitution, and trafficking, but all are now likely back on the streets, with the Alis’ fellow gang members having been sentenced to (also notional) terms of just two-and-a-half to seven years.

“I am concerned that the law still allows for early release of serious sexual offenders, however, since the sentencing of Ahdel Ali and Mubarak Ali the law has changed to prevent this in future and I am proud to have played my part in this change in the law,” said Lucy Allan MP, adding that  “On this occasion the authorities handled the matter correctly, informing relevant parties, including victims, of the tagging and the exclusion from the local area.”

The authorities have not always bothered to consult with or even inform rape gang victims before releasing their abusers, often to the same areas where they committed the abuse, with some even running unexpectedly into rapists the government had pledged to deport while out in public.

A spokesman for the Ministry of Justice claimed that “Serious sex offenders released on licence are closely monitored and can be returned to prison if they breach strict conditions such as curfews and exclusion zones” — but the ability of even the most stringent licence conditions to curb the activities of criminals intent on reoffending is seriously in doubt, with even convicted terrorists being able to carry out attacks while subject to them on multiple occasions.

The government has given no indication as to whether or not Ali might be eligible for deportation, or if it will bother to make an effort to remove him if he is.

Biden Gets 1st Taste of Treatment He Gave Trump, And It’s...