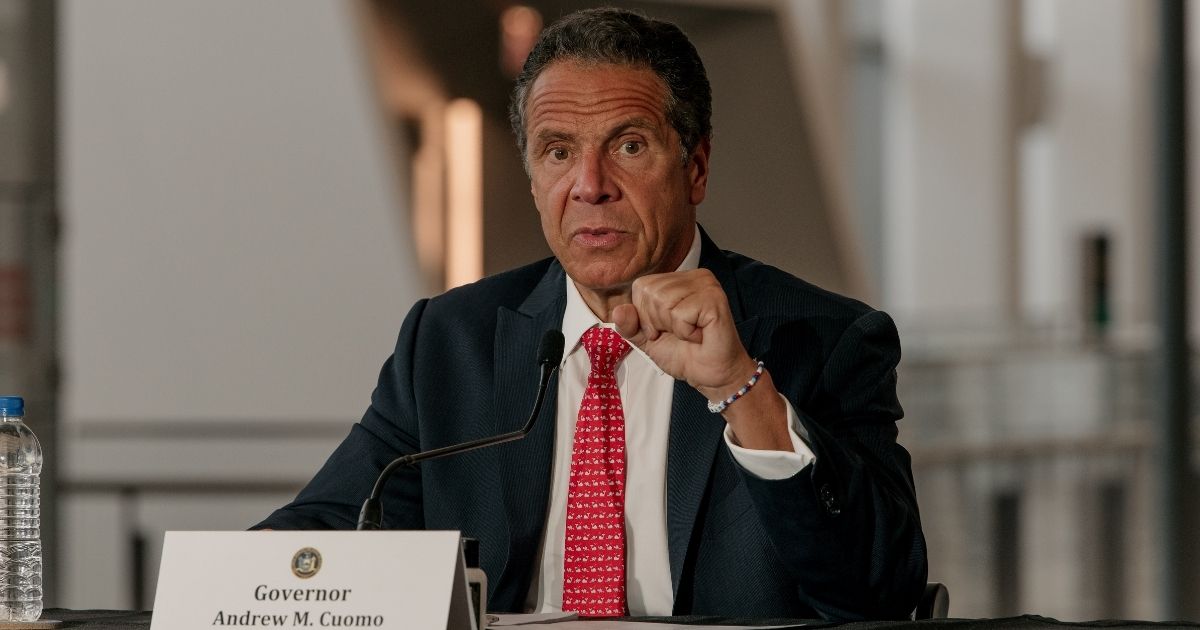 While New York Gov. Andrew Cuomo continues to feel the political and personal repercussions of his nursing home COVID-19 scandal, one of his ex-aides has now accused him of sexual harassment.

Oh, how the mighty have fallen.

You see, it wasn’t all that long ago that nearly every prominent liberal was praising Cuomo for his handling of the pandemic.

After the governor took a huge political blow when his secretary Melissa DeRosa admitted that his administration covered up coronavirus deaths in nursing homes, Cuomo’s character is now being called even further into question.

Lindsey Boylan, a former aide to the governor, accused him of sexual harassment in a Medium essay published Wednesday.

“Governor Andrew Cuomo has created a culture within his administration where sexual harassment and bullying is so pervasive that it is not only condoned but expected,” she wrote.

Boylan recalled a specific time when Cuomo had made her uncomfortable in October 2017. While they were flying home from an event, she alleges that Cuomo said, “Let’s play strip poker.”

Has Cuomo completely lost his credibility?

“’That’s exactly what I was thinking,’ I responded sarcastically and awkwardly,” she wrote. “I tried to play it cool. But in that moment, I realized just how acquiescent I had become.”

Boylan went on to recount how Cuomo had tried to intimidate his aides into protecting him, which is why she was afraid to raise the allegations. She described more uncomfortable encounters she had with the governor.

“Stephanie Benton, Director of the Governor’s Offices, told me in an email on December 14, 2016 that the Governor suggested I look up images of Lisa Shields — his rumored former girlfriend — because ‘we could be sisters’ and I was ‘the better looking sister,’” Boylan wrote.

“The Governor began calling me ‘Lisa’ in front of colleagues. It was degrading.”

She accused Cuomo of going “out of his way to touch me on my lower back, arms and legs,” and added that her mother warned her not to be in any potentially compromising situations with him.

Boylan went on to write that in December 2016, the governor called her into his office alone. While he did not touch her, she recalled feeling “afraid” and calling her husband before going into the office.

When she was promoted in 2018 to deputy secretary for economic development and special advisor to the governor, she did not want to accept the job for fear that it would mean being closer to Cuomo.

“I finally accepted the position at the Governor’s insistence with one requirement — I would keep my old agency office and remain on a separate floor from him and his inner circle,” Boylan wrote.

Finally, she alleged that Cuomo’s harassment progressed beyond just uncomfortable statements after a one-on-one briefing sometime after her promotion.

“We were in his New York City office on Third Avenue,” she said. “As I got up to leave and walk toward an open door, he stepped in front of me and kissed me on the lips. I was in shock, but I kept walking.”

Boylan resigned on Sept. 26, 2018. She wrote that she regrets feeling like she had to stay in a compromising position in order to benefit her career.

“There is a part of me that will never forgive myself for being a victim for so long, for trying to ignore behavior that I knew was wrong,” she wrote.

“The governor exploited my weaknesses, my desire to do good work and to be respected. I was made to believe this was the world I needed to survive in.”

It is important to remember that these are simply allegations at this point in time, and they have not been investigated. If they are true, though, they paint a disturbing picture.

Other New York Democrats, including New York City Mayor Bill de Blasio, have alleged that Cuomo fosters a toxic culture in his office.

When New York City Assemblyman Ron Kim said that Cuomo threatened him during a phone call after Kim criticized Cuomo’s coronavirus response, de Blasio was not surprised, according to WABC-TV.

“That’s classic Andrew Cuomo,” he said in a Thursday interview on MSNBC. “A lot people in New York state have received those phone calls. You know, the bullying is nothing new.”

This still does not necessarily mean that Boylan’s accusations are true. A full investigation needs to take place.

However, at the very least, people in New York have apparently known about Cuomo’s unethical behavior for some time. The question, then, is why we are just now hearing about it.

Where was this criticism when celebrities were praising Cuomo? Where was the backlash when he received an Emmy award?

At least from the outside, it looks as though Democrats waited to tell the truth about Cuomo until it was politically convenient.

While Donald Trump was in office, Cuomo needed to be seen as a wise leader whose COVID-19 policies were much more desirable than Trump’s. Now that Joe Biden has been sworn in, Democrats have seemingly decided that it’s safe to reveal the real Andrew Cuomo.

We may never truly know how much of Cuomo’s corruption was known before the election. Yet if de Blasio and Boylan’s statements are any indication, he probably never deserved much praise.