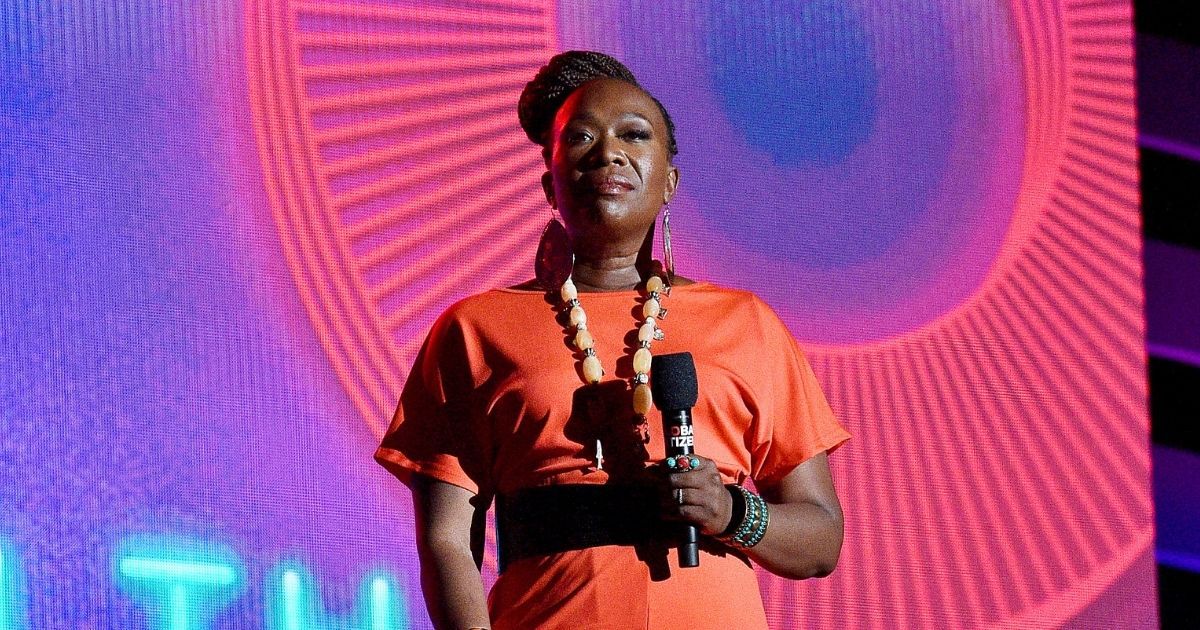 Following Wednesday’s tense march and eventual incursion into the Capitol by apparent pro-Trump demonstrators, the establishment media, the NBA and Hollywood’s loudest on social media immediately made the issue one of race.

The race card is one of few moves the left has, so of course they’re playing it big now that the dust is settling.

Four people were dead after Wednesday’s wild blowup in Washington, D.C., which was condemned by virtually everyone, including President Donald Trump.

Still, what if those who breached the Capitol perimeter and stormed the halls of Congress had been black?

That’s the question being asked by the divisive leftists who run virtually every institution in this country. Three of those who died were victims of separate “medical emergencies,” accord to USA Today.

TRENDING: Chuck Schumer Gets Roasted for Comparing Capitol Chaos to One of the Worst Days in American History

But the fourth was an unarmed woman who was shot by police and later died. The Hill reported 52 others were arrested, so it appears authorities acted. Still, despite the near-universal condemnation of the events and deadly consequences for the incursion, the left’s thought leaders and mouth breathers are making the issue a racial one.

President-elect Joe Biden unleashed racially-charged rhetoric quickly, and insinuated that had those who breached Capitol been black, they might have been massacred. Recent history of course tells a much different story, but liars lie.

“No one can tell me that if it had been a group of Black Lives Matter protesting yesterday, there wouldn’t — they wouldn’t have been treated very, very differently than the mob of thugs that stormed the Capitol,” Biden said.

BIDEN: “No one can tell me that if it had been a group of Black Lives Matter protesting yesterday, there wouldn’t — they wouldn’t have been treated very, very differently than the mob of thugs that stormed the Capitol.” pic.twitter.com/h7uWsEa2UK

Do you think the country was unified in condemning the Capitol incursion?

“There is no doubt in my mind that if those were Black Lives Matter protesters yesterday breaking into the Capitol Building, there would be dozens and dozens of people dead today,” he told CBS News on Thursday.

“There is no doubt in my mind that if those were Black Lives Matter protesters yesterday breaking into the Capitol Building, there would be dozens and dozens of people dead today,” Former CIA Acting and Deputy Director @MichaelJMorell tells @vladduthiersCBS pic.twitter.com/SehRPKlCP7

MSNBC host Joy Reid also acted as if the country didn’t just watch leftists torch buildings for half of last year with impunity in many areas of the country.

“When you think you own [the country], you ain’t afraid if the police, because the police are you,” she said.

While nobody asked the opinion of Hollywood, actor Chris Evans also chimed in on behalf of the entertainment industry. Per Evans, it would’ve been a real bloodbath, had the pro-Trump crowd not been of a mostly fair skin pigmentation.

“Just think of the carnage had they not been white,” he tweeted.

Just think of the carnage had they not been white.

Are we being told that if a black woman had been shot and killed by police instead of 35-year-old Ashli Babbitt, a white Air Force veteran, that the hypothetical black woman would be more dead today?

Babbitt was reportedly shot after breaching the building by United States Capitol Police, according to NPR.

The implication seems to be that one person shot dead and 52 others jailed — so far — is a slap on the wrist for a mostly white crowd.

Babbitt is dead and will never again draw another breath, or enjoy any of life’s small pleasures. To assert she was handled with privilege for the color of her skin is absurd beyond comprehension.

Per the logic we’re seeing from the unhinged troglodytes on the left, her death is less valid because she was not black. We’re being told that there would have been countless other Ashli Babbitts, had the demonstration been affiliated with the Black Lives Matter movement or another leftist group.

What we saw in 2020 is proof positive that the entire narrative is bunkum.

Leftists in Portland, Oregon, spent much of their summer attempting to breach, burn and vandalize the city’s federal courthouse. Their punishment was continued police retreats and free reign to go on, night after night, attacking government property and assaulting people.

Some of these leftists in other cities set fires, looted private property and even allegedly killed. Not to diminish the historic nature of Wednesday’s embarrassing spectacle at the Capitol, but no fires were set, no cops were fired on and people were arrested while one was killed.

But the left intends to capitalize on the optics of the event, the carnage and the inevitable forthcoming prosecutions by invoking race. They are ratcheting up the same kind of rhetoric which probably led some of those who forced their way into a joint session of Congress to feel so disenfranchised in the first place, which is not to excuse any of the behavior.

All political violence should be condemned, and that should be a bipartisan issue. But the leftists are gleeful over what occurred, and now they’re taking what could have been another unifying issue, and they’re injecting divisive racial politics into what is a powder keg.

Even professional athletes jumped on the race bandwagon.

The Boston Celtics and the Miami Heat of the leftist NBA actually almost canceled a game Wednesday night over the D.C. mayhem because of supposed racism.

“The drastic difference between the way protesters this past spring and summer were treated and the encouragement given to today’s protestors who acted illegally just shows how much more work we have to do,” a joint statement from the teams partially read.

Here’s how those “protestors” were treated last spring and summer:

The country is deeply divided. But the party of “unity” has already moved beyond wanting unity and way past its feigned outrage over the Capitol incursion and is trying to cash in by stoking racial tensions.

Their goal is what is always is: to diminish, disenfranchise and delegitimize conservatives.

Lib Media Whips Up New Racial Narrative After Capitol Chaos Scroll down to comment below.

ABOUT US
Contact us: [email protected]tsmakehistory.com
© 2021 - Patriots Make History - All Rights Reserved.