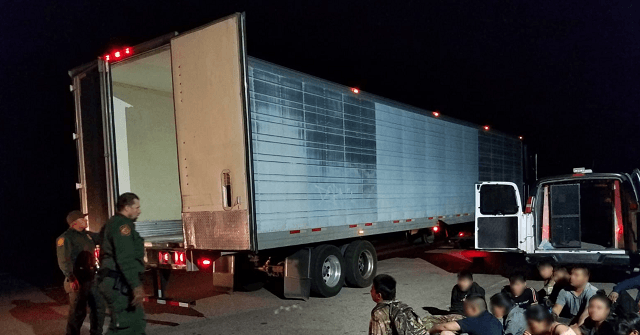 Del Rio Sector Border Patrol officials report an increase of 182 percent of migrants apprehended after illegally crossing the border from Mexico into Texas. The report compares November 2019 to the same month this year.

Del Rio Sector agents arrested 8,472 illegal aliens who crossed the border between ports of entry in November. This compares to 3,008 who were arrested in November 2019, officials said in a written statement.

“There has been a significant increase in arrests of single adults attempting to illegally enter the United States in our area of responsibility,” said Del Rio Sector Chief Patrol Agent Austin L. Skero II. “The men and women of Del Rio Sector work to detect, deter, and apprehend anyone seeking to violate the immigration laws of the United States.”

Following their arrest, all apprehended migrants undergo a medical screening and criminal background investigation. Once cleared, they are nearly immediately expelled to Mexico under Title 42 coronavirus protection protocols put in place by the Centers for Disease Control and Prevention.

Information obtained from U.S. Customs and Border Protection shows that about 90 percent of apprehended migrants are expelled within two hours of their arrest.

Bob Price serves as associate editor and senior news contributor for the Breitbart Texas-Border team. He is an original member of the Breitbart Texas team. Price is a regular panelist on Fox 26 Houston’s What’s Your Point? Sunday-morning talk show. Follow him on Twitter @BobPriceBBTX and Facebook.

I Read the Book Target Banned That’s Critical of Transgenderism in...