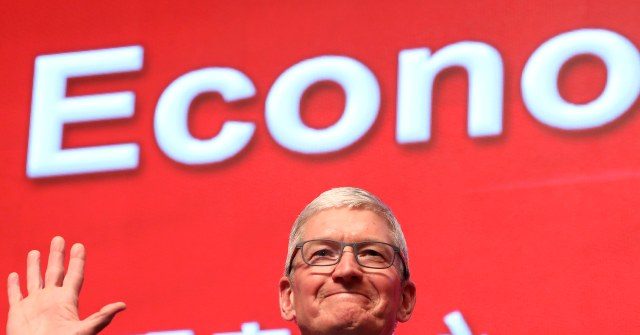 The Washington Post reported, citing two anonymous congressional staffers, that Apple lobbyists are working to dilute the effects of the Uyghur Forced Labor Prevention Act, which would require U.S. companies to guarantee that they do no use slavery or forced labor from the mainly Muslim region of Xinjiang, where it is estimated that the Chinese government has placed as many as 3 million people into concentration camps.

Apple relies heavily on manufacturing in China and human rights reports have reportedly identified instances where Apple’s supply chain has been fed by Uyghur forced labor that evidence suggests is tantamount to slavery. The difference between forced labor and slavery in international law is that, in the former, the individuals being forced to work are treated as persons, rather than property, by the state.

China insists that its concentration camps are “vocational training centers” for underprivileged minorities.

A study published by the Australian Strategic Policy Institute (ASPI) in March also identified Apple as one of 83 companies around the world whose products are being manufactured in factories using Uyghur slaves, not necessarily in Xinjiang. While China initially built the camps in Xinjiang – where survivors say they endured communist indoctrination, torture, rape, slavery, and medical studies indicating trials for live organ harvesting – after intense human rights condemnations, the Communist Party began shipping Uyghur workers to factories nationwide. The ASPI study revealed government incentives to companies to hire Uyghur slaves.

The congressional staffers who spoke on the condition of anonymity said that Apple was one of many U.S. companies opposing the bill as it is written.

The staffers declined to detail the specific provisions that Apple was trying to have changed or removed as they feared providing that information would identify them to Apple. But both stated that they believed Apple was attempting to water down the bill.

Cathy Feingold, director of the international department for the AFL-CIO which supports the bill, stated: “What Apple would like is we all just sit and talk and not have any real consequences. They’re shocked because it’s the first time where there could be some actual effective enforceability.”

Apple spokesperson Josh Rosenstock said that the company “is dedicated to ensuring that everyone in our supply chain is treated with dignity and respect. We abhor forced labor and support the goals of the Uyghur Forced Labor Prevention Act. We share the committee’s goal of eradicating forced labor and strengthening U.S. law, and we will continue working with them to achieve that.”

Rosenstock added that Apple this year “conducted a detailed investigation with our suppliers in China and found no evidence of forced labor on Apple production lines, and we are continuing to monitor this closely.”

Lucas Nolan is a reporter for Breitbart News covering issues of free speech and online censorship. Follow him on Twitter @LucasNolan or contact via secure email at the address [email protected]