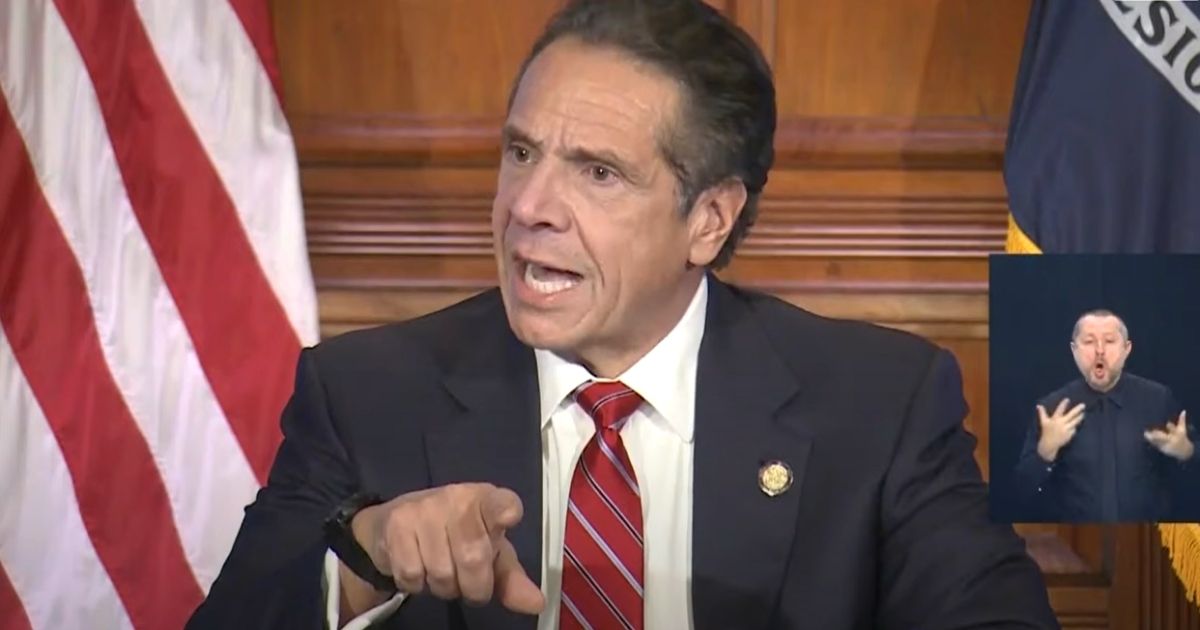 New York Democratic Gov. Andrew Cuomo got into a heated shouting match with Wall Street Journal reporter Jimmy Vielkind on Wednesday about whether New York City public schools would be closed again in response to a surge in coronavirus cases.

“So what’s going on? Does the city still have the ability to close its schools? Are you now taking control and saying that you have the power to make this decision? And for the millions of parents who want to know, are schools are going to be open tomorrow in New York City?”

“Alright, first of all, let’s try not to be obnoxious and offensive in your tone, because you’re 100 percent wrong,” Cuomo responded.

The governor then explained in a condescending tone how school reopenings and closures work with positivity rates.

“It was three weeks ago.”

“I’m confused and parents are still confused as well,” the reporter replied.

“No, they’re not confused. You’re confused,” Cuomo snapped back.

But Cuomo apparently had no clue what news was about to break just after his browbeating of Vielkind.

New York Mayor Bill de Blasio had indeed decided to shut down public schools, and New York Times reporter Jesse McKinley told Cuomo about it moments after his back-and-forth with Vielkind, according to Fox News.

“It was a rare instance during the coronavirus pandemic in which the mayor — and not Gov. Andrew Cuomo — had final say over a major decision concerning the operations of the city,” Vielkind wrote the next day in The Wall Street Journal.

While the governor’s news conference could have been mistaken for a re-enactment of President Donald Trump and CNN’s Jim Acosta’s heated exchanges, Cuomo brought his own New York sass to the press pool this time.

Although his lashing out at Vielkind was not necessary, the fact that Cuomo was proven wrong just seconds after the interaction raises a bigger question:

Are Cuomo and de Blasio not communicating with each other on matters such as school closures?

The governor has prided himself on his COVID-19 response — he even wrote a book about his “leadership” throughout the pandemic — so it is concerning that he apparently did not check in with de Blasio prior to the news conference.

New York is the most populous city in the United States and has the largest school district. Its residents deserve better than the display at this news conference.

Apparently, as long as there is a pandemic, Cuomo will continue to fight his way into the spotlight.

Failure and apparent fraud at one Baltimore high school – HotAir

Failure and apparent fraud at one Baltimore high school – HotAir

Farage Calls for Boycott of China-Made Products to Stop Rise of...

Officials Say Human Smugglers Bringing Migrants Into The US Illegally By...