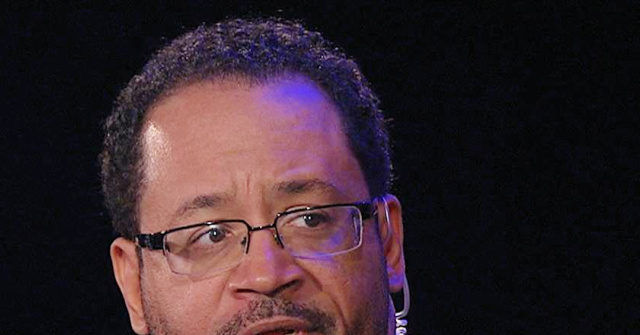 The Rev. Dr. Michael Eric Dyson, a professor of African American and Diaspora Studies and Ethics and Society at Vanderbilt University, gave a sermon on Sunday at the National Cathedral, on the eve of the Martin Luther King Jr. national holiday, slamming America for its false claim of exceptionalism, which he said is actually worship of white supremacy.

Selected portions of the lengthy sermon, framed as what St. Paul would say to a racist America, included reaction to the attack on the U.S. Capitol that included President Donald Trump supporters:

In the wake of this carnage, many citizens claimed that what occurred at the Capitol is not America. The sad truth is that, for many people, this is the only America they know. An America that spills blood in the name of misguided patriotism. An America willing to avert its eyes from truth in the glare of baseless conspiracy. An America that worships at the altar of the Second Amendment while making an idol of weapons and betraying the Second Commandment. An America that spews disgust at the dark foreigner and harbors hatred for the brown immigrant. An America that despises as enemies those who cry out that Black Lives Matter, while waving the traitorous banner of Confederate bigotry. This is America and has been America since America became America.

Dyson included in his letter from St. Paul a comparison of Trump and Barack Obama:

To be honest, it was easy to understand why the forty-fourth president was widely hailed. After all, he was the first Black president America had elected. He was young and charming and whip-smart and handsome, an ebony dream come to life in the sordid political arena. Given that no Black person before him got close to the Oval Office, it seemed that only an act of God got him elected. God doesn’t put presidents into office. Voters do. God wants justice to prevail. It is up to citizens to determine what that looks like and who best embodies it, or even if that’s a virtue they value. It is hardly God’s way to be a cosmic bully.

The sermon also claimed “the tentacles of white supremacy stretch ominously into American policing. The ultimate paradox may be that many white followers of the forty-fifth president rail against the very police forces that have historically had a hand in white supremacy’s deadly rampages against black people, who are its truest victims.”

Dyson concluded with another slam on American exceptionalism.

“I will end by saying that after the Capitol offense, all thoughts of American exceptionalism should be dead,” Dyson said.

“Why do you think that one of the apostles would tell Americans there’s nothing particularly special about our country?” Morning Edition host Steve Inskeep asked. Dyson replied:

Well, because, you know, so many other countries have felt the same way. And when we read the Bible, when we read the Old and New Testaments, we’re constantly reminded that God is reminding each nation, the nation of peoples, the peoples of the world, wherever you are, that God has you both in consideration for blessing as well as judgment and that one should be held to account.

“I quote in the sermon Peter, who says that, look, I’ve come to understand that God plays no favorites with any nation but that God is concerned about all of those who are interested in the things of the spirit, interested in things that are of faith and of religious order, regardless of what city you come from, what state you come from, what country you come from. So I think American exceptionalism, which argues, after Tocqueville, that there’s something peculiar and unique about America – therefore the blessing of God rests upon it, therefore it has a duty and mission in the world – is quite misled.”