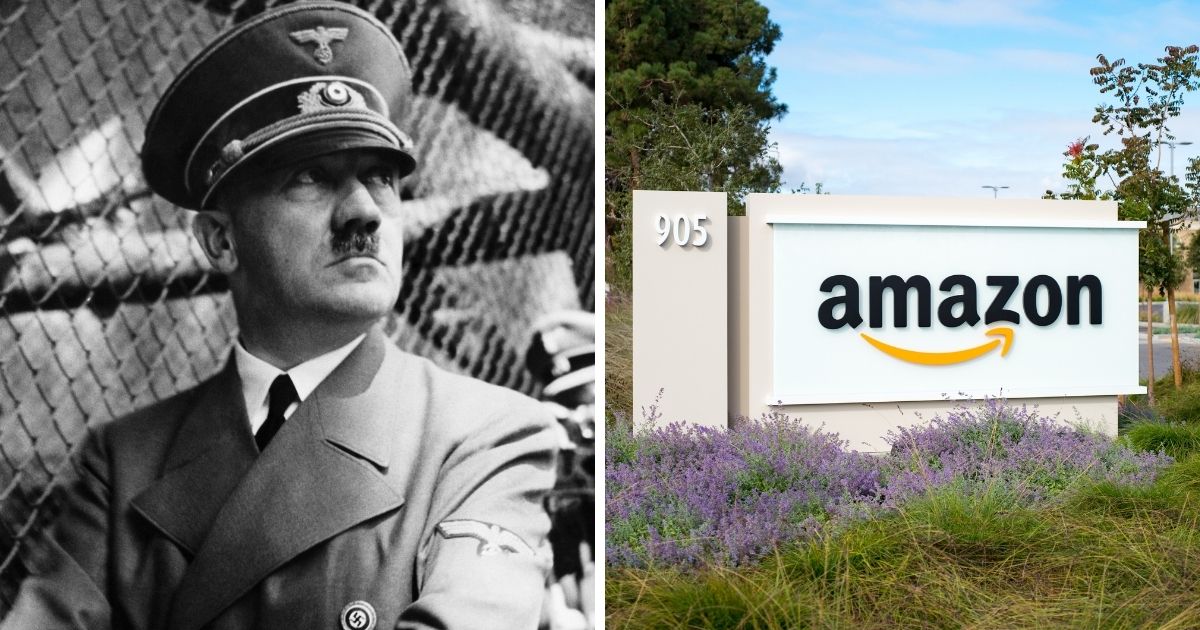 Amazon is taking on a strange bias regarding its “Books” department.

Ryan T. Anderson, an author and teaching fellow at the University of Dallas, is going all out against Amazon following his book’s removal from its platform on Sunday.

I hope you’ve already bought your copy, cause Amazon just removed my book “When Harry Became Sally: Responding to the Transgender Moment” from their cyber shelves…. my other four books are still available (for now). https://t.co/cnMGZV1L0A

The book, “When Harry Became Sally: Responding to the Transgender Moment,” delves into the “scientific, medical, philosophical, and legal debates” surrounding the transgender movement, according to a piece Anderson wrote Tuesday.

He chronicles his book’s extremely rocky path to becoming a best-seller, explaining the piece had been attacked twice by the New York Times and once by an erroneous Washington Post op-ed.

“Now, three years after publication, in the same week that the House of Representatives plans to ram through the Equality Act—a radical transgender bill amending the Civil Rights Act of 1964—Amazon has erased my book opposing gender ideology from its cyber shelves,” Anderson wrote.

Rod Dreher, a senior editor at “The American Conservative,” tweeted about the piece in support of Anderson, saying, “Conservatives (and everybody else) need to get woke real fast on the threat to free thought and expression from Big Tech, [especially] Amazon’s effective monopoly on book sales.”

Important piece by @RyanTAnd about Amazon memory-holing his book about transgenderism. Conservatives (and everybody else) need to get woke real fast on the threat to free thought and expression from Big Tech, esp Amazon’s effective monopoly on book sales: https://t.co/PKOUtYnXsV

Should companies like Amazon be allowed to ban products from its platform at their will?

Amazon hasn’t yet responded to the droves of Twitter users demanding they explain themselves, and in their absence, a few have found something equally disturbing, funny and fitting for the tech giant:

But here are books they still sell:

The book written in response to Anderson’s is still available, alongside classics like Mein Kampf and The Communist Manifesto.

RELATED: Amazon Reverses Course on Vote-by-Mail Now That Unionization Is on the Ballot

Understandably, people are not exactly happy with this revelation, and conservatives are jumping to defend the book and make fun of Amazon’s choices in the process.

Let’s call this what it is…a digital book burning.

The hypocrisy is outstanding.

Amazon hasn’t stated why Anderson’s book was removed, although in other cases the reasons espoused by those calling for the removal of books like his cite anti-trans violence. However, this argument simply doesn’t hold water.

A book which, by all accounts and from both sides of the aisle is enlightening in its discussions, was banned from the largest internet retailer. Yet, the ruminations of a genocidal dictator and rhetoric not only encouraging but necessitating the death of the nuclear family are still available. What happened to the anti-violence crusade?

Even if Anderson’s book contained any form of violent rhetoric, why would Amazon not deem Mein Kampf, the autobiography of a man who used the government as a tool against the LGBT community, a book of equal, if not greater threat?

Amazon’s agenda simply cannot be denied any longer. Conservatives cannot stay on the defensive, and as Dreher says, need to “get woke” to the real threats Big Tech presents to freedom of speech.

Can political affiliation be a “protected class?”

9 Reasons To Believe the Worst of the Pandemic Is Over