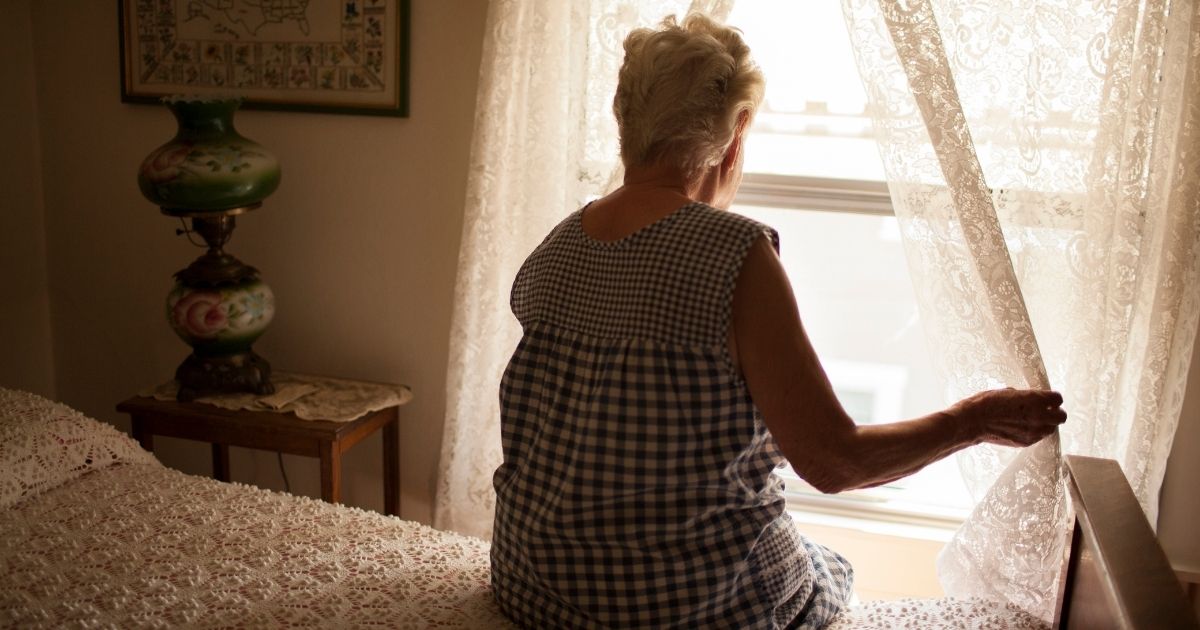 An elderly woman chose to end her life through doctor-assisted suicide, rather than endure another looming lockdown at her long-term care facility last month in Canada.

The prospect of such a lockdown led Nancy Russell, 90, to end her life via controversial medically-assisted suicide.

CTV News reported that during Toronto’s first lockdown of nursing homes, Russell declined physically when she was isolated from loved ones and her normal routine was disrupted.

“She just truly did not believe that she wanted to try another one of those two-week confinements into her room,” Russell’s daughter said.

Some of her meals were eaten in a dining room with plastic barriers while visits with loved ones were held outdoors and supervised in a garden.

As the area has seen an increase in report positive coronavirus cases, Canada’s nursing home residents are being faced with the prospect of seemingly endless meals eaten alone.

Additionally, visitors will be either barred from entering retirement or nursing homes, or their visits will be supervised or impersonal.

Toronto’s CTV News reported Russell did not want to live through it again.

Do you believe medically-assisted suicide should be outlawed internationally?

She instead opted to ask a doctor to kill her.

Another doctor eventually obliged her, though and Russell died last month.

While doctor-assisted suicides are controversial in the U.S., they are more common in Canada, which has seen an uptick in those inquiring about medically-assisted death, according to CTV News.

“These restrictions, in too many circumstances, are overly restrictive and actually causing unnecessary harm,” a geriatric specialist named Dr. Samir Sinha told the outlet.

The story is more evidence at how harmful placing lockdowns on people can be.

Lockdowns in Canadian nursing homes are back, where in Toronto, nursing home residents are facing being isolated again from their families for a prolonged period of time.

For those isolated in long-term care facilities, loneliness is apparently exacerbating the challenges of an already difficult year.

But the lockdowns in some areas apparently must go on.

Governors in California, New York, Minnesota, Pennsylvania and other states from issuing new mandates this month in the U.S.

Last month, the World Health Organization advised against using lockdowns as the primary mitigation method for slowing the spread of the coronavirus.

Such measures have been shown to increase depression, anxiety, substance abuse and other mental health issues.