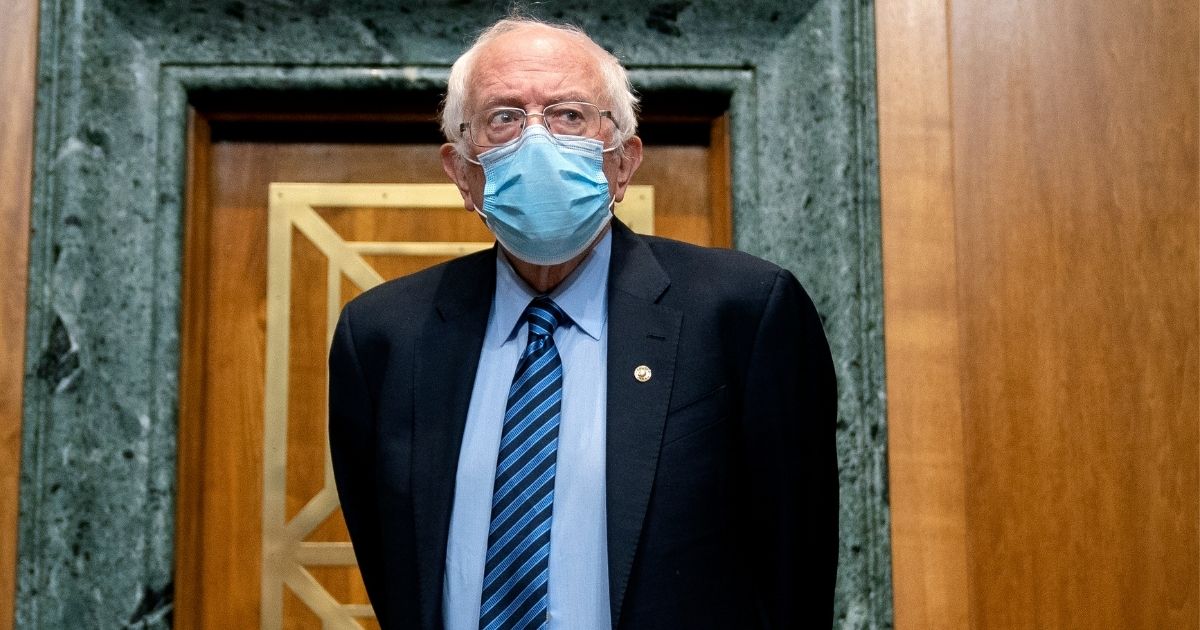 Progressive Vermont Sen. Bernie Sanders attempted to include a provision in the COVID-19 relief bill that would raise the federal minimum wage to $15 an hour. Every Republican, seven Democrats and one left leaning independent voted to reject the proposition.

Democratic Sens. Joe Manchin of West Virginia, Kyrsten Sinema of Arizona, Jon Tester of Montana, Jeanne Shaheen of New Hampshire, Maggie Hassan of New Hampshire, Chris Coons of Delaware, Tom Carper of Delaware and Independent Angus King of Maine joined Republicans in voting against the measure, according to The Blaze.

Last week, the Senate parliamentarian ruled that Democrats could not include the minimum wage hike if they wished to pass the bill via budget reconciliation. They invoked the budget reconciliation process to avoid a filibuster from Republicans instead of drafting a bill that might draw support from the other side.

“Democrats invoked budget reconciliation to pass the bill because Republicans do not support several provisions amounting to nearly $1 trillion of spending they say is not related to coronavirus relief,” The Blaze said.

In other words, Democrats want to ram through their pork-filled relief bill without compromising, so they found a method in which to pass it that does not require the usual 60 votes. When just one of the many radial ideas hidden in the bill was struck down, they got angry.

After the Senate parliamentarian ruled that the minimum wage hike was not consistent with budget reconciliation rules, Sanders railed against the decision.

“The House of Representatives has voted to raise the minimum wage to $15 an hour,” he said. “The President of the United States wants a $15 an hour minimum wage. And I believe that in a large package, we could barely — but we could do it — get the Senate to approve that.”

“And you’ve got an unelected parliamentarian using — because of the Senate rules that we have — saying that we cannot do it, denying 30 million Americans a pay raise.”

I strongly disagree with the parliamentarian’s ruling about the minimum wage. But the people are demanding an end to starvation wages in America. We will not give up. We must get this done. pic.twitter.com/qt6mYJU7fl

In these comments, Sanders is remarkably clear about the way he views our governmental system. He simply dislikes the fact that we have checks and balances, and he wants a system in which a pure majority can drastically change the laws in America.

The system of checks and balances, which includes the filibuster and the idea that a law must pass both chambers of Congress, was set up expressly to protect Americans’ freedoms.

The whole idea was that the government was a representation of the people, and these checks on their power would prevent politicians from betraying the freedoms of the people who voted for them.

In this case, the Senate parliamentarian correctly ruled that Democrats cannot circumvent those checks on power by disguising their policies as budget reconciliation. If liberals want to use budget reconciliation to pass their bill via simple majority, they can’t try to sneak in other policies.

Sanders was still allowed to try and include the minimum wage hike, but it would mean that the Democrats needed 60 votes to pass their relief bill.

They will not get 60 votes, because Republicans believe that both the wage hike and the overall bill are not beneficial to their constituents. That is the American system at work, and it’s a system that Sanders hates.

In this case, the system of checks and balances happened to be protecting Americans from massive job losses. Citing a Congressional Budget Office report, the Washington Examiner said that raising the minimum wage would cause a net loss of 1.4 million jobs in America by 2025.

Instead of accepting that the $15 an hour minimum wage provision couldn’t be included under the reconciliation rules, Sanders fought to include it anyway. He almost certainly knew that if the minimum wage was included, it would kill the relief bill altogether, since the Democrats have almost no chance of garnering 10 votes from the other side.

Through this action, Sanders showed that he does not truly care for the Americans he claims to be fighting for. Instead of passing a relief bill that Democrats claim will help low-income citizens, he decided to jeopardize the entire bill in an attempt to include his radical policy.

Since these eight liberal senators joined Republicans in voting against the minimum wage provision, the bill can still be passed via a simple majority.

Even though Conservatives have valid concerns about the bill, it is admirable that these liberals voted against the provision in order to save the overall bill. At least they are attempting to fight for those they claim to be fighting for.

For the other 42 liberals in the Senate, they showed that getting their way is more important than helping Americans. They refused to concede a single provision in order to save a bill that is still largely filled with their other requests.

These 42 politicians have no interest in compromising even with moderate members of their own party, let alone members on the other side. Their eight colleagues probably saved them from embarrassment this time, but the true colors of these radical congresspeople were revealed.