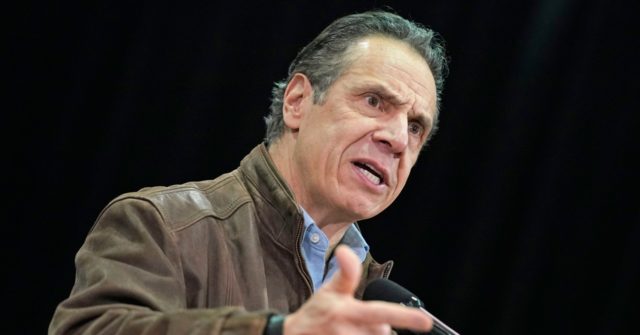 A second former aide alleged Saturday she was sexually harassed by New York Gov. Andrew Cuomo, who responded with a statement of his own proclaiming innocence, saying he never made advances toward her and never intended to be inappropriate.

Charlotte Bennett, a health policy adviser in the Democratic governor’s administration until November, told the New York Times Cuomo asked her inappropriate questions about her sex life, including whether she ever had sex with older men.

The 25-year-old former aide added Cuomo, 63, confided he was open to relationships with women in their 20s.

In that instance, Lindsey Boylan, a former deputy secretary for economic development and special adviser to the governor, accused Cuomo of subjecting her to an unwanted kiss and inappropriate comments.

Boylan, 36, alleged the governor had given her an unsolicited kiss on the lips, suggested she play strip poker with him and went “out of his way to touch me on my lower back, arms and legs.”

My statement on the allegations of sexual harassment by Governor Cuomo: pic.twitter.com/3aIniWFzJ0

#BREAKING: Tonight I issued a statement regarding assertions of sexual harassment against Governor Cuomo.

As a New Yorker, a legislator, Chair of the Senate Ethics and Internal Governance Committee, and a survivor of sexual abuse, I am calling for Governor Cuomo to resign. pic.twitter.com/2aKiN8CIkR

Cuomo reponded to the latest claims in a statement Saturday saying Bennett was a “hardworking and valued member of our team during COVID” and she “has every right to speak out.”

The governor, whose third term expires at the end of 2022, outlined he had intended to be a mentor for Bennett.

“I never made advances toward Ms. Bennett nor did I ever intend to act in any way that was inappropriate,” Cuomo’s statement said. “The last thing I would ever have wanted was to make her feel any of the things that are being reported.”

Cuomo, however, said he had authorized an outside review of Bennett’s allegations as media coverage in the matter looked set to build after initially being less than interested in the earlier claim.

The governor’s special counsel, Beth Garvey, said that review would be conducted by a former federal judge, Barbara Jones.

“I ask all New Yorkers to await the findings of the review so that they know the facts before making any judgements,” Cuomo said. “I will have no further comment until the review has concluded.”

The harassment allegations against cuomo come as he faces a growing storm over his handling of the coronavirus in nursing homes in his state.

AP contributed to this story