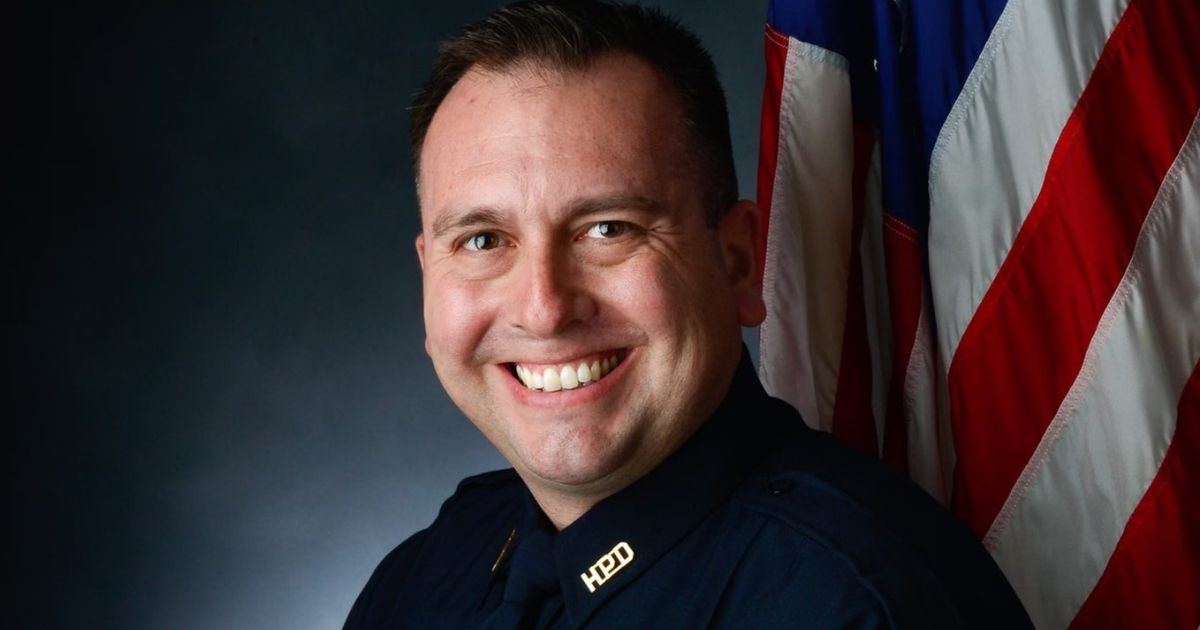 A Houston Police Department officer was shot and killed during a gunfight on Monday afternoon, the department announced.

Sgt. Sean Rios, 47, a 25-year law enforcement veteran and father of four, was responding to a call at around 1:30 p.m. when gunfire was exchanged between police officers and a lone suspect, CNN reported.

Rios was shot and ran to a nearby motel for help, but collapsed on the floor and was “pronounced deceased at the scene,” Houston Police Chief Art Acevedo said during a news conference.

Rios is the second Houston police officer to be killed in the line of duty in recent weeks.

“Our hearts are broken over the death of … Sergeant Sean Rios who was shot and killed during an exchange of gunfire this [afternoon],” the department wrote in a tweet.

“We will never forget him and will see his 4 children, family and friends through this painful loss.”

Our hearts are broken over the death of @houstonpolice Sergeant Sean Rios who was shot and killed during an exchange of gunfire this afternnon. We will never forget him and will see his 4 children, family and friends through this painful loss. RIP pic.twitter.com/QBHx2bymWY

Houston police identified a “heavily tattooed” suspect in his mid- to late 30s and two vehicles in connection to Rios’ death, according to CNN.

Acevedo implored the alleged killer to turn himself in.

“We have leads and we’re going to catch you. And the best thing you can do if you know this person is have them turn themselves in or call the police, so we have no more bloodshed.”

Where Life Is Normal