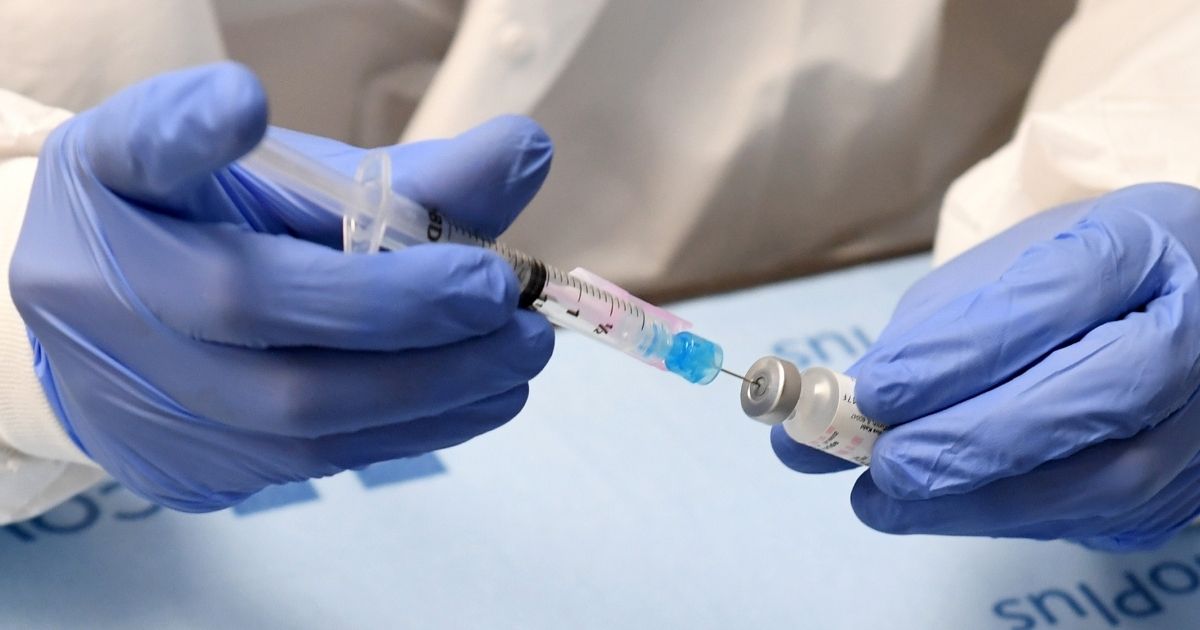 The Trump administration has announced that two more companies could apply for emergency-use authorization from the Food and Drug Administration for their COVID-19 vaccines by February 2021, as Operation Warp Speed looks to quicken the process for getting much-needed vaccines to an on-edge public.

The program’s self-stated goal was “to produce and deliver 300 million doses of safe and effective vaccines with the initial doses available by January 2021,” according to a Department of Health and Human Services fact sheet.

So far, it’s ahead of schedule.

Pharmaceutical giant Pfizer’s vaccine was the first out to the public, receiving emergency-use authorization from the FDA earlier this month. According to USA Today, the company estimated it would be able to ship out almost 3 million vaccines by the end of last week. Another 3 million will be held back so the same people can be injected again three weeks following their first dose.

Both companies, AstraZeneca and Johnson & Johnson, are hopeful that they, too, can get their vaccines to the public soon after FDA authorization.

“The first results from Johnson & Johnson’s late-stage U.S. trial could come in the beginning of January, said Moncef Slaoui, the chief adviser to Operation Warp Speed, at a Monday press conference. By late January, the company could have enough safety data to submit an application to FDA for emergency use,” according to Politico.

Meanwhile, “The first efficacy readout of AstraZeneca’s vaccine could come in the second half of January, Slaoui estimated, and the company could potentially file for emergency use later in February,” the outlet added.

Has Operation Warp Speed been a success?

Johnson & Johnson is developing a vaccine with two characteristics that may give it a market edge. First, it offers just a single shot, instead of two.

“If you have a boosted dose with a one-month interval [in two-dose vaccines], it takes six weeks before you get protection.”

Besides the single-dose requirement, Johnson & Johnson’s vials can be stored in doctor’s offices or clinics at temperatures similar to those needed to refrigerate food, according to Fierce Pharma, unlike Pfizer’s vaccine, which needs to be stored at sub-freezing temperatures.

According to Forbes, both Pfizer and Moderna tout efficacy rates of at least 94 percent.

RELATED: Here’s Who You Can’t Take Action Against if You Have Severe COVID Vaccine Side Effects

The Centers for Disease Control and Prevention does warn that if you get vaccinated, you may experience some pain and swelling in the arm in which you received your shot. Some people also get fevers, headaches and fatigue.

States will be in charge of setting the priorities for who receives the shots first, though the CDC has come up with formal guidelines for states to follow based on criteria that include “maximiz[ing] benefits and minimiz[ing] harms,” “promot[ing] justice,” “mitigat[ing] health inequities” and “promot[ing] transparency.”

The CDC is recommending that health care workers, “other essential workers,” older adults and those with pre-existing conditions be given first priority for receiving the vaccine. For those on the bottom of the priority list, it may take a few months to get a shot.

Vaccination cards are expected to be given out after the first shot to identify which company’s vaccine you received and serve as a reminder regarding when you are due back for the next shot, according to CNET.

It’s unclear exactly what safety guidelines will likely be in place after a large number of people are vaccinated. The CDC suggests citizens utilize caution and continue to social distance and wear a mask until told otherwise, even though you may be inoculated.

Regarding price, the CDC notes that “Vaccine doses purchased with U.S. taxpayer dollars will be given to the American people at no cost. However, vaccination providers will be able to charge an administration fee for giving the shot to someone.

“Vaccine providers can get this fee reimbursed by the patient’s public or private insurance company or, for uninsured patients, by the Health Resources and Services Administration’s Provider Relief Fund.”

Trump Establishes ‘Office of the Former President’ in Florida