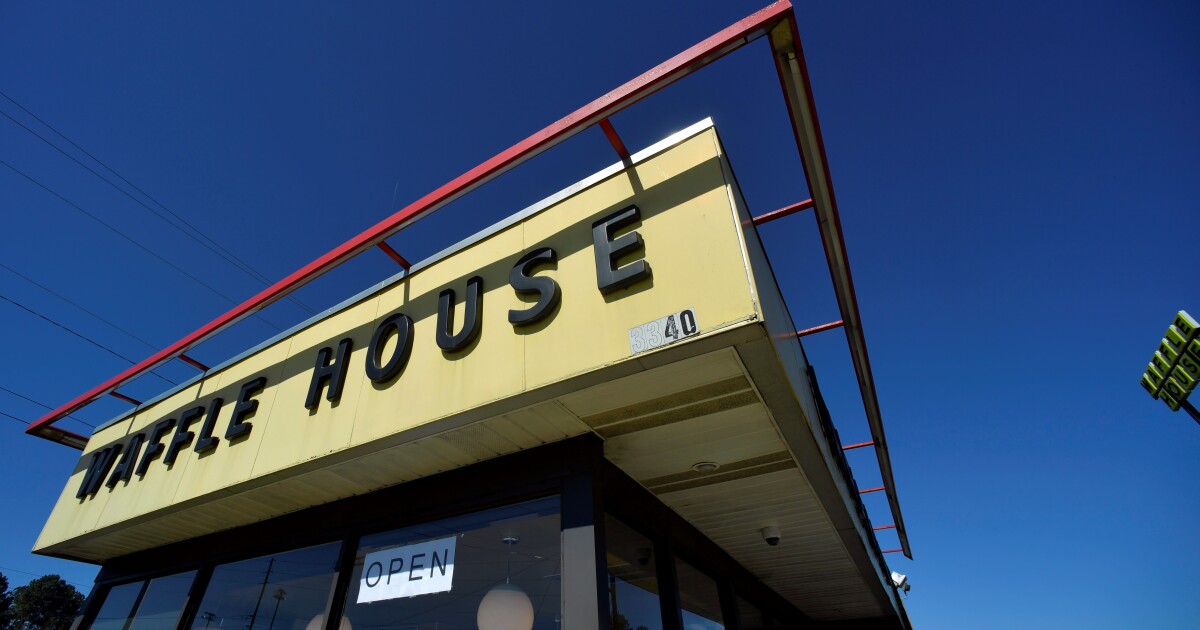 Waffle House has an idea for tying the federal minimum wage to inflation that might help President Biden defuse bipartisan opposition to his target of hitting $15 an hour in 2025.

The restaurant chain, which has 40,000 workers, developed a model that would increase the minimum wage in one-dollar increments from the current level of $7.25 to about $12 over the next four years (depending on inflation), with tipped workers earning half that, in a plan finding favor on Capitol Hill.

The White House says it is open to new ideas after Biden’s $15 goal was stripped from the $1.9 trillion coronavirus spending bill.

It puts the national restaurant chain at the heart of a debate that divides both parties and triggers feverish exchanges about the impact of increasing wages on inflation and employment numbers.

Yet, increasing the federal minimum wage after 10 years of stagnation is popular with the public, even in a polarized America.

Enter Waffle House and its vice president and chief of staff, Patrick Marshburn. He said that with 1900 restaurants across 25 states, the company was well placed to contribute to the discussion.

“No one knows our business as well as we know our business,” he said. “We felt a topic like this that is so nationwide. We felt compelled to give our opinion on how we think should work and share that opinion.”

The aim was to find a way to ensure that wages across the country went up with the cost of living. But Marshburn said he was quickly perplexed by the seemingly arbitrary choice of $15.

“It’s a number that was thrown out there, but it’s not necessarily about whether that number is right or wrong. It’s about how we get there,” he said. “And I feel that number became more political than anything.”

Instead, he went back to 1968 when minimum wage regulations were extended to restaurants, and a tipped wage was introduced. He used the Consumer Price Index to calculate that the 1968 rate of $1.60 would be worth about $10.50 in today’s money.

His plan would increase the current federal minimum in $1 steps, starting with $8.25 in June, until it catches up with the inflation-linked number at about $12.20 in 2025 (assuming inflation of about 3%).

It also factors in a reduced rate for tipped staff and considerations for younger and older casual staff. The result is a minimum wage that could then be tailored by states to suit local conditions.

The mechanism lands somewhere between Democrats’ aim of $15 and an alternative floated by Republican senators of $10.

Bipartisan support is essential if any proposal is to win the 60 Senate votes needed to be passed into law.

The plan has already been presented to an audience of mostly Republican House members and senators. Marshburn said he expected to brief Democratic senators by Zoom, possibly next week.

His proposal has already won the backing of Sen. Lindsey Graham, who said he will take it to Sen. Joe Manchin. He is a key Democratic vote and one of the centrists who fear a rapid hike would hurt small businesses already reeling from the pandemic downturn.

It comes at an opportune time. Seven Democrats and an independent voted with all 50 Republican senators in rejecting the $15 proposal on Friday as the coronavirus spending bill made its way through Congress.

The president remains committed to that number, although his press secretary this week said he was willing to entertain discussions with Republicans.

“He’s happy to hear any ideas, but I’m not going to negotiate from here, obviously,” she said at the lectern at the White House briefing room. “And he’s been very clear, publicly and privately, about his commitment to raising the minimum wage to $15.”

Marshburn said he would happily present his proposal to the White House.

However, it may struggle to convince some conservatives.

Alfredo Ortiz, president of the Job Creators Network, who has been pushing an alternative plan of tax credits to help low-paid workers, said: “I just don’t see why there needs to be the hand of federal government on something that is so local.

“What is good for San Francisco, California, is not going to be good for Bakersfield, California.”