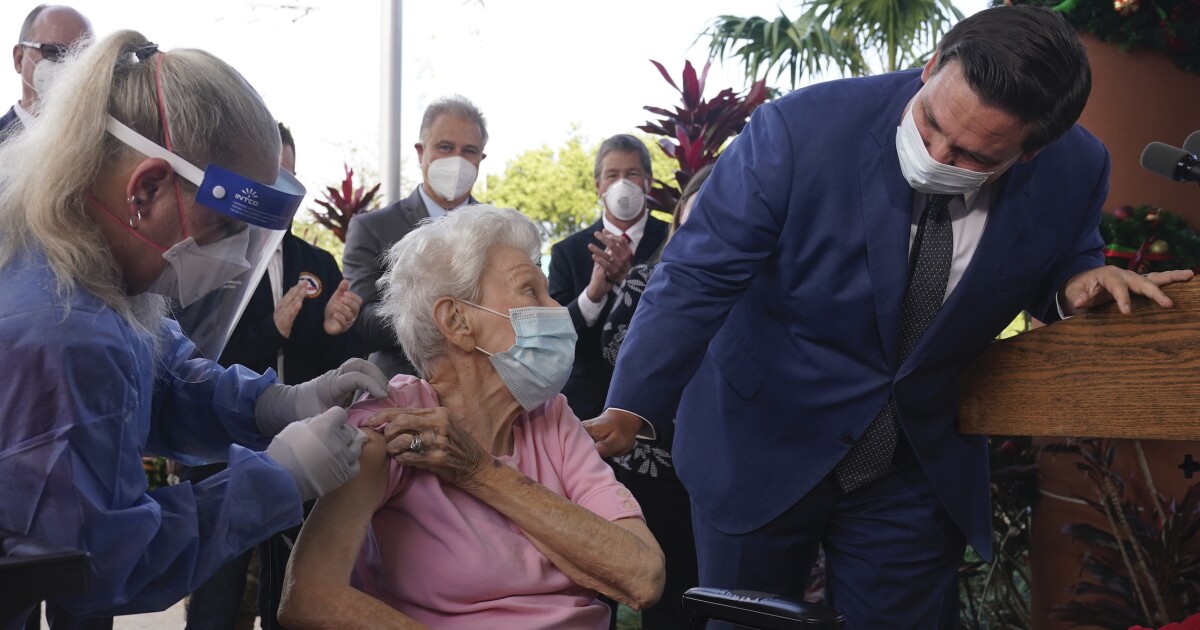 We are entering our second calendar year of coronavirus lockdowns and panic. The economic damage resulting from arbitrary lockdowns has been so catastrophic, even New York Gov. Andrew Cuomo is calling for the economy to reopen. “The cost is too high,” he tweeted. “We will have nothing left to open.”

At the state level, the pandemic has been a tale of two policies. While Democratic-led states such as California and New York keep people in their homes and wait for a federal bailout, Republican-led states such as South Dakota and Florida have opted to keep their economies open. The economic consequences of these two strategies and the impact they’ve had on the daily lives of families couldn’t be more different.

When the Labor Department reported 140,000 job losses in December, more than 60% of those lost jobs were in California and New York. In the same month, South Dakota’s unemployment rate declined to 3%, lower than before the pandemic started, and the state ended the year with a budget surplus. Realtors have since reported significant upticks in people looking to relocate to South Dakota, resulting in higher home values and a seller’s market.

Despite major hits to the tourism and hospitality industry, Florida has kept employment in line with the federal average, and its economic recovery continues to move in the right direction. The Sunshine State also has more than 1 million senior citizens vaccinated. According to Gov. Ron DeSantis, Florida is “No. 1 in the country among the top 10 most populous states for vaccine doses per capita.”

Disney is even considering moving some of its operations from California to Florida, where the business climate is more open to keeping costs down and people employed. When people move their homes and major companies move their operations, it’s evidence that the economic consequences of the pandemic are much larger than unemployment rising and falling — we are witnessing a permanent shift in the long-term tax revenue and economic strength of these states.

Liberal pundits and politicians wasted no time demonizing and ridiculing DeSantis and South Dakota Gov. Kristi Noem for their decisions at every stage of the pandemic. They scoffed at both governors for allowing people to continue making a living and attacked them as ignorant and hazardous to public health. Now we see Democrat leaders suddenly changing their tunes.

Despite intense lockdowns, case numbers are still high in blue states. California’s daily case count recently rose to four times larger than what it was during the summer.

In New York, the true number of COVID-19-related deaths is unknown, as an investigation by the New York attorney general revealed that the Cuomo administration “failed to report thousands of COVID-19 deaths of nursing home residents.” The real number of nursing home deaths could be up to 50% higher than what was reported.

He went even further, saying, “Lockdowns just have one consequence that you must never, ever belittle, and that is making poor people an awful lot poorer.” In other words, lockdowns may not be successful at stopping the virus, but they sure are great for running your state into the ground and ruining people’s livelihoods.

Without a doubt, South Dakota and Florida topped the list of states belittled the most by Democrats for refusing to shut down, refusing to make a bad year worse, and refusing to drive local businesses into the ground. Now, both states also top the lists for getting vaccines out to the most people and having strong economic recoveries during one of the most bizarre and extreme recessions in American history.

While Cuomo and California Gov. Gavin Newsom basked in the praise of the liberal media, Noem and DeSantis got to work. They made priorities clear, protected the vulnerable, and took a balanced and holistic approach to an incredibly complicated set of circumstances. They entered the pandemic on solid ground to begin with and followed the same economic playbook to get out of it. Instead of taking cheap shots, Democratic governors should take notes.

Nick Stehle is the vice president of communications at the Foundation for Government Accountability.