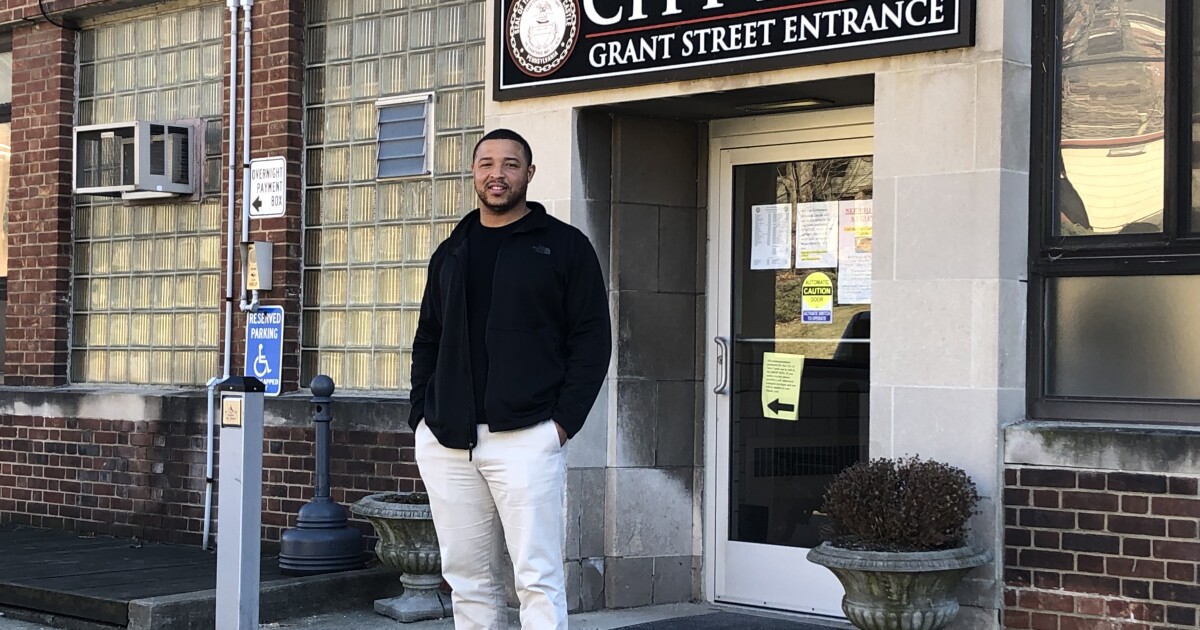 NEW CASTLE, Pennsylvania — For over 100 years, the sprawling Shenango China plant warmly greeted just about every person who entered this Lawrence County city. Its 30 acres of multipane windows reflected off the Shenango River when they entered the city.

It was one of the largest dinnerware manufacturers in the country. China made here was hailed for its craftsmanship. It graced middle-class family tables and the state dining rooms of Presidents Franklin Roosevelt, Harry Truman, Dwight Eisenhower, and Lyndon Johnson.

The plant was a place where skilled artisans and union labor workers made a good living. They took advantage of local natural resources: the clay deposits used to make the pottery and the abundant soft coal used to fire the beehive ovens. That soft coal was also used for making steel. One hundred years ago, New Castle was such a significant player in iron and steel manufacturing that it was often referred to as “Little Pittsburgh.”

Today, it is only decaying. A factory abandoned and ravished by time and fires likely caused by addicts scavenging for copper wiring. Thirty years after its closure, the complex has boxes of china never sent, and weeds grow, pushing through cracked floors.

The decay was likely one of the first things 10-year-old Chris Frye saw when his family moved here from Virginia. The 32-year-old father of three described his first impressions after arriving in this post-industrial setting from an expanding D.C. suburb.

“I remember asking my mother, ‘Who is in charge of all this stuff?'” he said. “When she asked me what stuff I was talking about, I told her, ‘These potholes and buildings and bridges. Who is in charge of them? Because they are all falling apart, and someone is not doing their job.'”

“She told me it was the mayor’s job, and that always stuck with me,” Frye said.

Twenty years later, Frye is the mayor of his adopted hometown. The son of a single mother with three siblings made history in January 2020 when he was sworn in as New Castle’s first black mayor. He is the rare Republican elected to the city’s top job and the youngest person ever to hold it. He did this with only $250 in his campaign coffer in a predominantly white city where the registration is overwhelmingly Democratic.

“My biggest challenge is being new to the mechanics of politics and being an outsider,” he said. Long before his political career, he had explicit beliefs and drew upon conservative principles and values. “I always say this. The conflict was: We were low-income. We utilized government services, had food stamps, the whole nine yards,” he said of his upbringing. He added it provides a misconception about how political values get formed. He called the decision “one of values versus which parties dictate the programs that we’re involved in,” he said. “So, my conservative values of free enterprise and personal responsibility come from those experiences, and, of course, religious freedom.”

The city is very urban and industrial. The downtown business district is vibrant, filled with dozens of shops and restaurants. It is a melting pot of ethnic delicacies reflective of the generation of immigrants that moved here at the turn of the 20th century.

Frye came back to live here after earning his bachelor’s degree at Gannon University and then a master’s degree in social work at the University of Pittsburgh. Frye said he and his wife briefly considered moving the family to suburban Cranberry Township, an affluent community close to Pittsburgh.

But he was drawn back, and the idea of entering politics someday was there, albeit far in the back of his mind.

“I didn’t even think about running [for mayor] until I was later in life, maybe in my 50s,” he said. “I had a good job, still aspiring to do more, maybe do some little entrepreneurial stuff and some grassroots work, continue to help local kids in education or to get off of probation, things of that nature through my job in social services. That was what I considered my way of giving back until I decided to run.”

At some point, Frye saw no other option but to step up and try to find some of the solutions himself. “I read a lot about strong communities, strong towns. In the past, our city hasn’t been reshaped to be a strong town.” Turning the city into a strong town requires change. It also requires working with the City Council. “It’s contentious at times,” Frye said. “We’re working on that relationship, working on understanding each other’s roles.”

All five council members are white male Democrats. Frye said he refuses to believe that party or race is an obstacle to their productive relationship.

“Sorry,” he said. “I refuse to think it’s racial. I do rather look at it as roles. Who does what? So, I’m constantly trying to clarify roles so we can move forward.” He admitted that his zeal to do things rapidly had been a source of friction. The demolition of that old factory has been a bureaucratic slog. Modernization of the infrastructure costs money. So does the restoration of those homes left abandoned 30 years ago when the factories closed, and the population fell by half.

“New Castle is a typical Rust Belt community,” Frye said. “It had its heyday with the tin mills. It had its heyday with the steel industry. And once that left … there was a brain drain, a lot of folks who had those higher-level, maybe, executive jobs or engineering jobs. And they left at the same time, and it left the labor force, the labor workers, still here to pick up the pieces and find new ways of finding work.”

But that’s not the end of the story because now, things are coming full circle.

As more people work from home and look for places to relocate outside of larger cities, destinations such as New Castle are becoming attractive. The houses are affordable, including century-old architectural wonders in the North Hill district and even nearer to the city’s business district’s cheery, lively grid.

New Castle is between Pittsburgh and Cleveland. It is also a stone’s throw from excellent spots for kayaking, fly-fishing, hiking, biking, boating, and swimming.

Frye said while he didn’t grow up in a political household, he doesn’t think that should hold people back from serving their communities, especially communities that have declined over the years.

“I’m not a political wizard like some people,” he said. “I’m just here. I started with $250 and a goal to do what’s right and make New Castle better.”

Scott Rudin says he will ‘step back’ from film projects also